These days a new short film from indymedia-activists was published under the name "Siddiqine's Harvest". This video deals with the longterm consequences the Israeli 'war against Hezbullah' has for the people and the agriculture of South Lebanon. 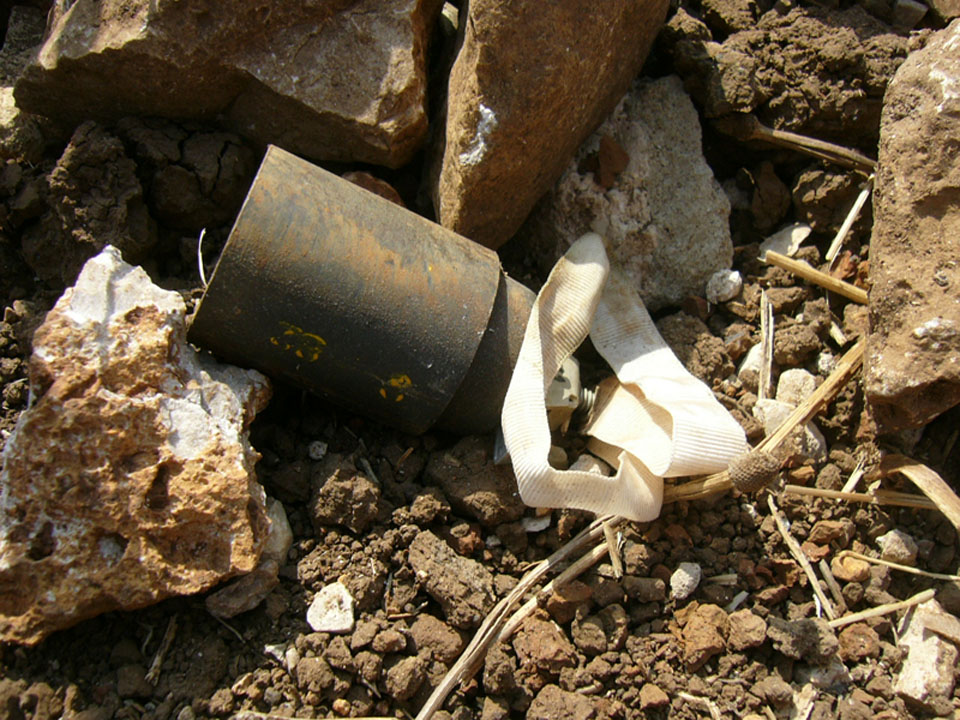 The short movie "Siddiqine's Harvest" was produced in the end of September in the southern Lebanese village of Siddiqine. It's a result of a 10-day video-workshop done by indymedia-activists in this hard-hit community. Four young people from the village deal with some major problems Siddiqine is facing after the war. To a large part this concerns tobacco agriculture. On one hand, many people were displaced during the war and therefore missed the tobacco harvest, on which a majority of the inhabitants depend. On the other hand their work in the fields after their return to their mostly destroyed homes has become extremely dangerous because undetonated cluster bomb submunitions are lying around everywhere.

Hundreds of thousands of unexploded cluster bombs are contaminating South Lebanon. According to UN-reports, 90 percent of them were dropped by the Israeli army in the last three days of the war, when the cease-fire agreement was already reached. Since then, every day people are getting hurt or killed by undetonated submunitions of cluster bombs. And this is only the beginning.