Biggest Youth Movement in History Could be About to Begin in London...

Almost every Indymedia site in the world is right now publishing the message that the Children's Revolution kids' bloc might be leading the March for Global Climate Justice from the American embassy in Grosvenor Square, London, at 1 pm on 4 November.
Under the heading “Worldwide Children's Revolution to Try to Save the Human Race From Extinction?” the story says that the very existence of future generations may depend on urgent worldwide action to tackle global warming and climate change. 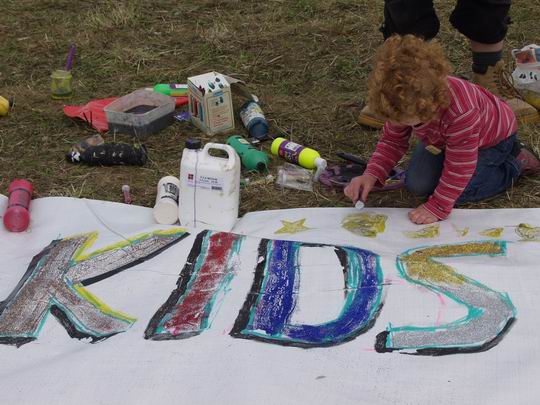 Could this be the answer to the problem of extinction?

All the indications are that there will probably be similar worldwide demonstrations in a number of different countries by the children of the eco warriors who have been protesting against the destruction of the global environment for many years.
Questions have been asked about whether these demonstrations will be peaceful and law abiding, and about the ethics of woman and children being seen protesting in public.

Every major news organisation on the planet has been alerted to the fact that this historic event is likely to be occurring, and they have all been asked to help provide protection for the young people and their parents who have unfortunately often been the victims of police violence, even at peaceful events.
The mainstream media appears to have been unaware that most of the peace and environmental protesters and campaigners are children and teenagers, and the police may not have realised that they have often been brutally attacking and injuring youngsters.

John Lennon sang “Come Together, Join the Movement, Take a Stand for Human Rights,” and maybe it is now time for us to ask the police and the military to join the People in their struggle against the corrupt alien governments and corporations and banks that are driving humanity to extinction.
Children leading a peaceful revolution that changes the political and economic system and ensures the survival of humanity could well be the answer to the question “Can You Save the Human Race?”.