Comedian Robert Newman brings this innovative history programme placing oil centre stage as the cause of all the wars and politics of the last hundred years.

Discussion after film with activists from Platform & Price Of Oil Performance from Paz, Lee Harris & more! 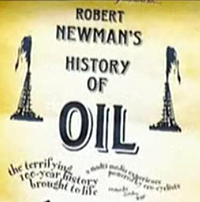 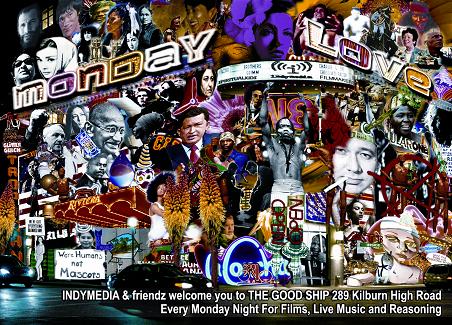 Monday love at The Good Ship 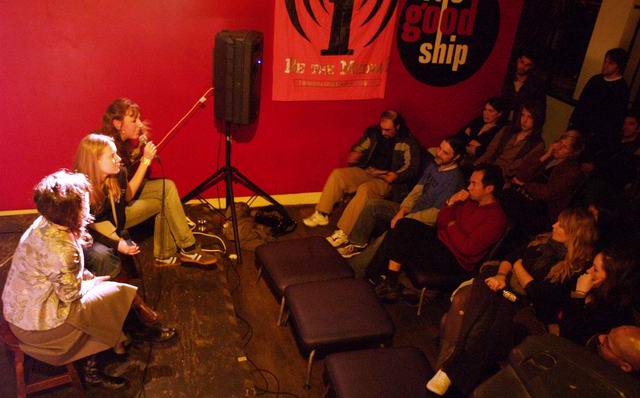 Resident DJs Smallmoney & Carlos 'till 2am

Every Monday, Monday Love brings you the finest in uptown, underground, raise your spirit and blow your mind live music, film and real life grassroots media, welcoming those who still believe in something more than money and fear.. to watch, listen, chat and chill.

"I’ve had Monday Love twice now as an antidote to my current, drab, corporate nonsense" - a world to win

+ Open Deck Every Night at The Good Ship, 289 Kilburn High Road NW6, bring along your own politically inspired short films on DVD.

‘The Sun Doesn’t Shine In This Camp’ offers a unique view of Balata Refugee Camp shot during the 2003-2004 New Year's invasion.

Eye witness Speakers and filmmakers, please come along for a full night of reasoning

An evening of films and music inspired by Reclaim Love including the mighty Michael Franti’s ‘I Know I’m Not Alone’.

‘Sir!, No Sir!’ shows how in the 1960’s, an anti-war movement emerged that altered the course of history. A movement that took place in barracks and on aircraft carriers, penetrated elite military colleges, and spread throughout the battlefields of Vietnam.

Music from Princess Emmanuelle and resident DJs Smallmoney and Carlos

‘Fourth World War’ and Arundhati Roy, author of The God of Small Things, in ‘WE’.

Music from The Hey Chinaskis, plus resident DJs

Set in Jamaica, ‘Life & Debt’ shows how foreign economic agendas can be understood in the context of the day-to-day realities of the people whose lives they impact.

Live performance from footsoldier of the underground, Lee harris and music from Virgo-Verbal Assault

The powerful film ‘A Letter To The Prime Minister’, follows peace activist and circus performer Jo Wilding during the bombing campaign of Iraq and subsequent neglect by Occupation forces, and forms the Boomchucka Circus to work with school children and refugees.

Michael Winterbottom’s ‘In This World’ follows two young Afghan refugees who try to escape to a better life. Their dangerous journey leads them along the "silk road" through Pakistan, Iran and Turkey towards London. Also screening shorts from Camcorder GuerillasVisit Dungavel

Discussion with activists from the No Borders campaign, & music from Pop & M.A.D. Scientist

+ Every Night is Open Deck at The Good Ship, bring along your own politically inspired short films on DVD.