Photos - Oil Spill to save wildlife ?

Shortly after midday on Saturday the 3rd Feb, environmental activists defaced a Shell Oil sponsored photo exhibition and called on the Natural History Museum to drop it's greenwashing deal with the oil giant.

While a banner was dropped in the main hall and 600 leaflets handed out to members of the public, an oil like substance was sprayed over the wildlife photos in the Shell sponsored exhibition. There were a large number of security personnel present and some of the protesters were assaulted by panicking museum staff and members of the public but there were no arrests.

The action follows the publication of Shell's 2006 record breaking financial figures and the release of the UN's Intergovernmental Panel on Climate Change fourth report which yet again suggests that climate change is happening faster then previously predicted. 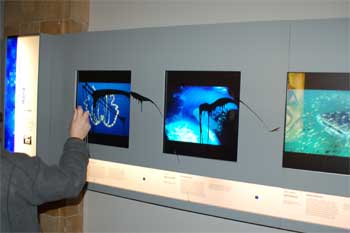 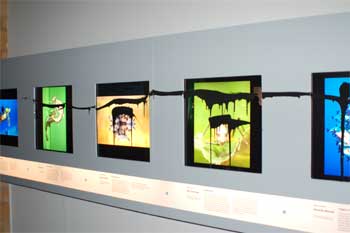 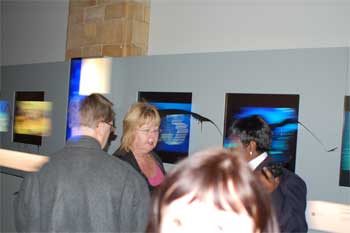 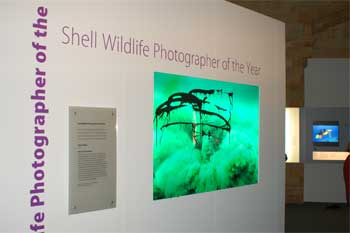 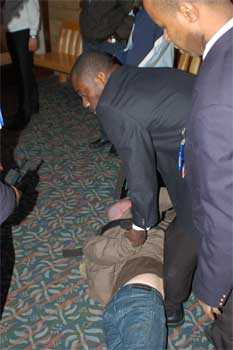 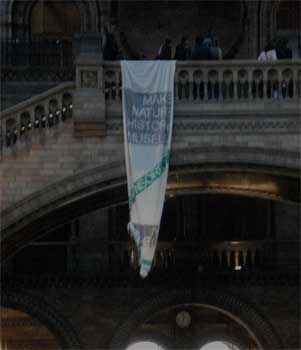 (copyright remains with the photographers)

For high resolution photos for publication

here's a few seconds of the action.