The Forward Intelligence Team (FIT) were photographing and video individuals and families, including small children, as they arrived at the Climate Camp on Thursday. This was in addition to permanent CCTV and helicopter surveillance of the Camp. 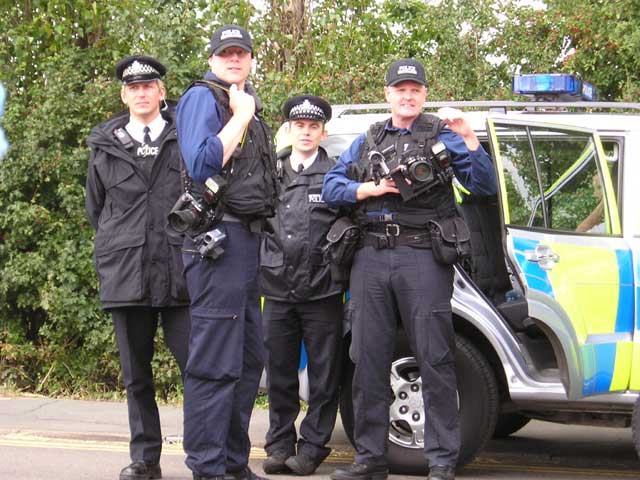 FIT tooled up and ready to go. 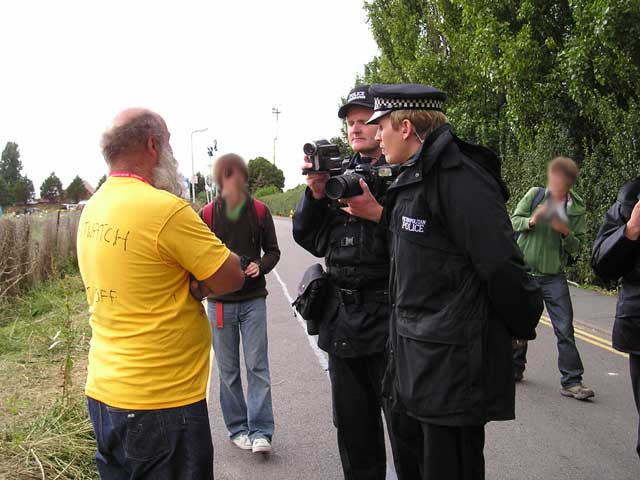 Fitwatcher refuses to be intimidated. 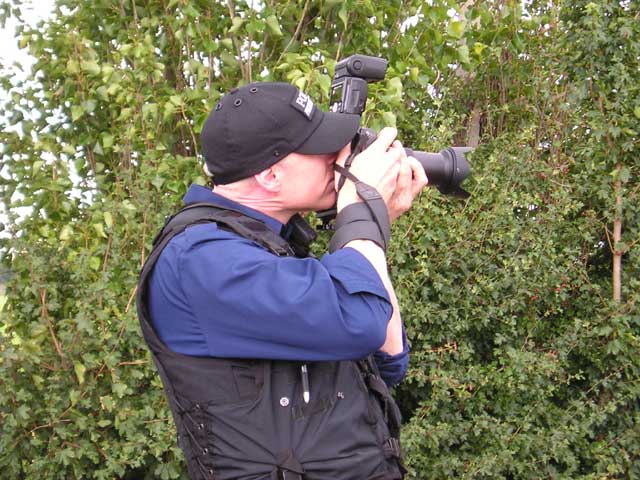 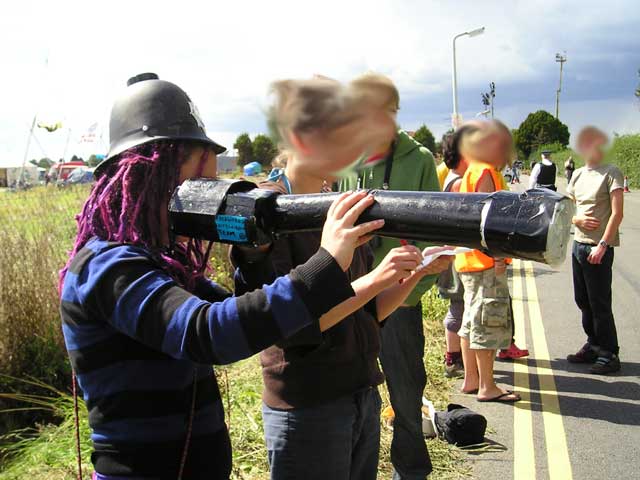 FitWatch is a group bitterly opposed to the FIT's style of surveillance and intimidation and the video shows their efforts to prevent it. One of them was arrested the previous day for obstructing a police officer (cameraman). Both Fitwatchers gave permission for their faces to be shown on video. It is interesting to note that most of the police had their ID numbers concealed.

Thanks for the report but please resize photos

Thanks for the report. It's also just been promoted. However, please please try and resize pictures before uploading. 600pixles width max. Otherwise we will need to manually download, resize, re-upload, reload etc etc. Thanks :-)