Campers Glue on to DfT

9 became 10 today as a passing pedestrian joined Climate Camp supporters in a Department for Transport lock on.

Smartly dressed campers arrived at the DfT just after 8am as workaholic transport fans were scurrying to their desks.

Five superglued themselves to he doors and two to each other, jamming the revolving doors shut whilst two more occupied the roof of the doorway with a sign reading "No Airport Expansion". 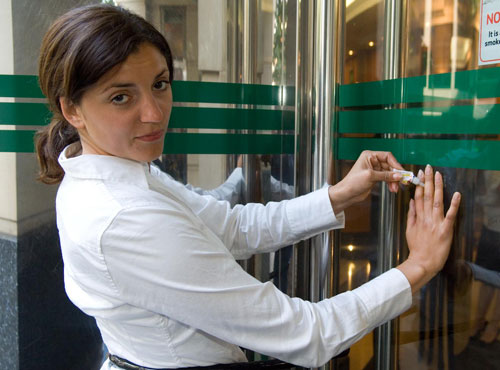 *am - climate camper superglues herself to the door 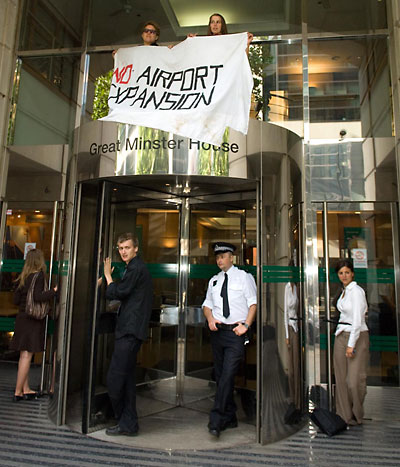 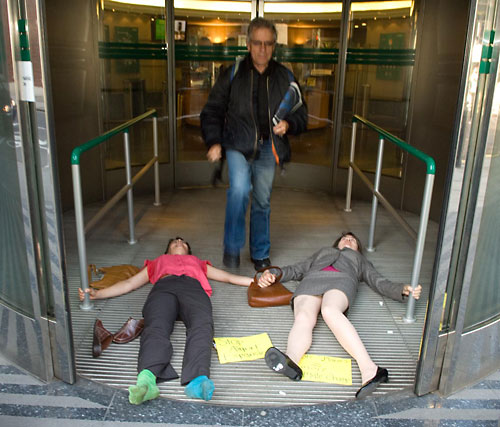 Glued together in the corner entrance 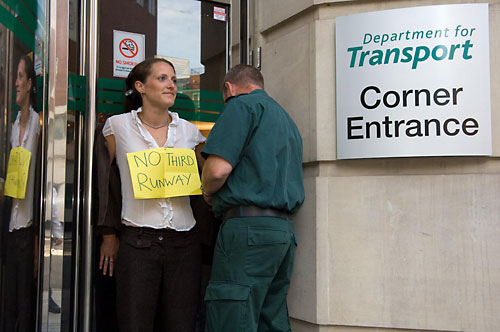 Medics free camper from the door (1) 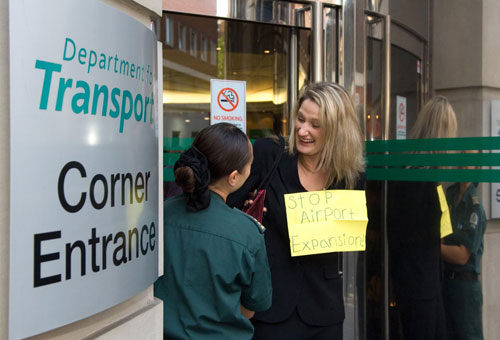 Medics free camper from the door (2) 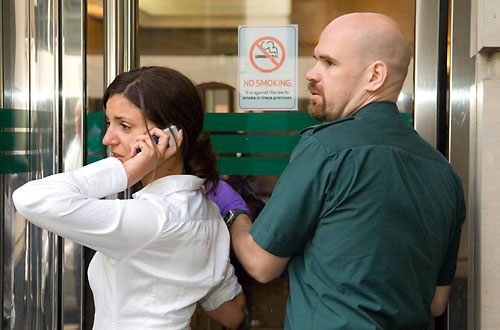 Calling the story in whilst being unglued

The passing pedestrian, who declined to give his name and requested no photos asked for a bike chain and locked himself to a glass side door.

Community police showed up shortly and called in the real police who arrived in dribs and drabs over the next half hour. Ambulances showed up and just to complete the triangle, police called in the Fire Brigade for good measure.

Full marks to the medics who did a sensitive job with the soapy water keeping up and encouraging banter throughout.

There were 10 arrests including, of course, our passing hero.