Today, Friday 17th August, several local groups toured the climate camp, along with several local residents who moved onto the site to camp.

One group was a local scout group with some of them doing their environment badge. They came for a tour around the infrastructure including the solar showers, compost toilets, solar panels, wind generators and power providers, the indymedia computer tent and rinky dink the pedal powered bicycle sound system. Living locally their homes are under threat from the Heathrow airport expansion. 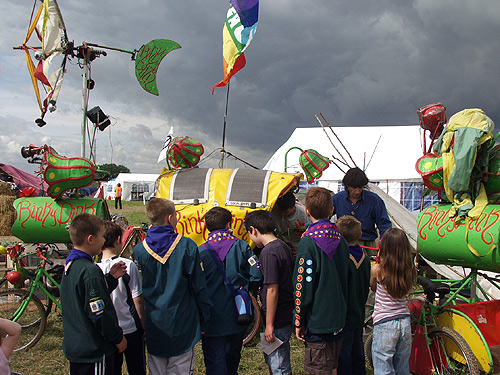 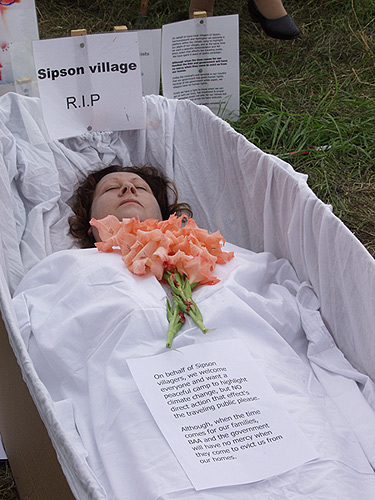 Sipson village if the airport expansion goes ahead. 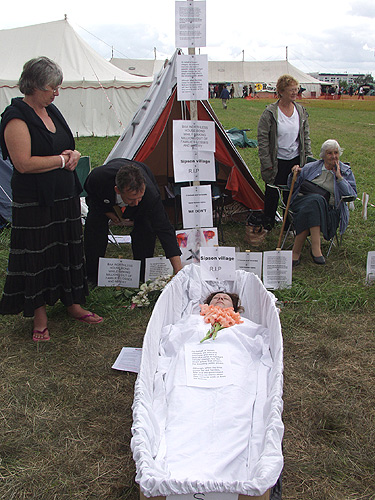 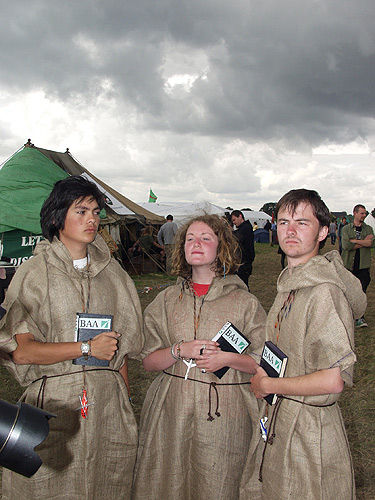 BAA Monks - forgive us our sins...