Cargo workers at Nippon Express Heathrow depot are out on strike against changes that would see them working 25% longer hours for no extra pay. Climate campers have been keen to show their support and have visited the picket line throughout the current 48-hour stoppage, which ends at 6am Sunday. This morning about 30 campers brought a banner (and about 20 police!) and chatted to strikers for a couple of hours. 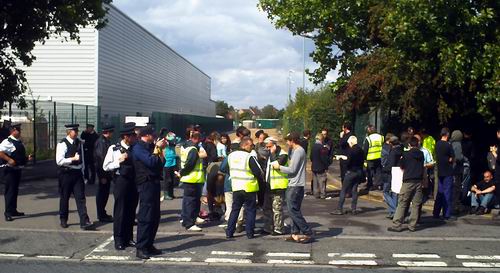 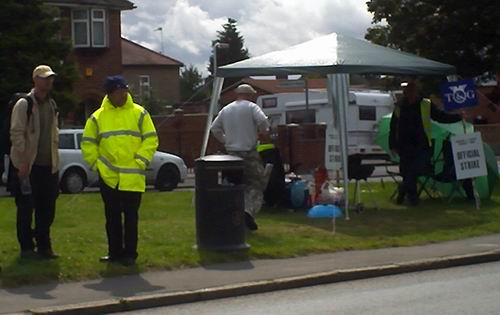 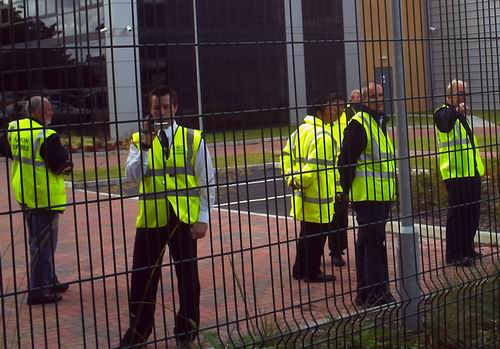 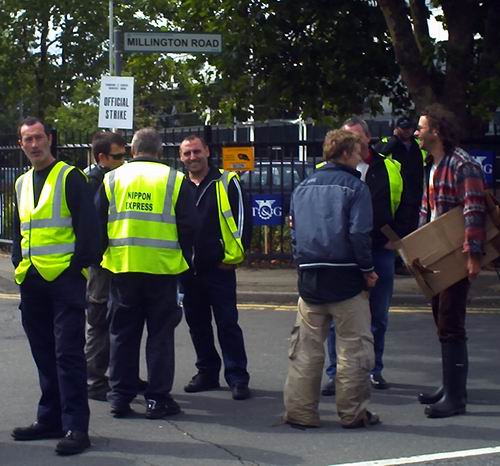 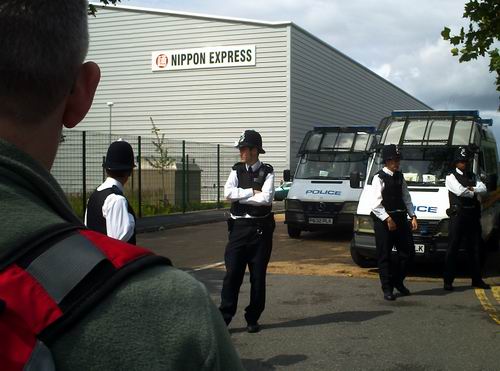 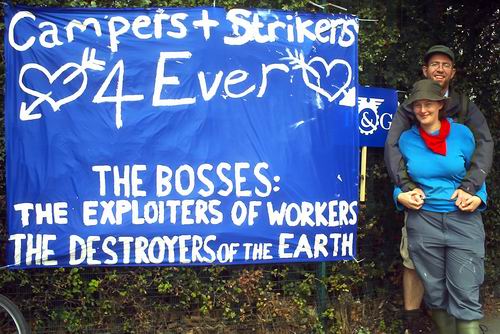 Campers and Strikers 4 Ever!

The obvious link between the two struggles is the common enemy: capitalist profit, for which the planet is being destroyed and for which workers pay and conditions are forever under attack. "Only a democratically planned economy can end the exploitation of workers and environmental chaos," said one camper.

Cargo workers don't need the aviation industry - if cargo went by sea, their jobs would still exist - in fact workers told the campers that the Heathrow depot already handles some sea-freight.

Several strikers have been down to the camp on previous nights and shared a few beers and the sociable atmosphere; today they shared their picket-line barbecue with the campers as everyone chilled out (except the cops who stood in a line sweating in the August sunshine).