Early Saturday morning, police outside the Camp for Climate Action were spotted searching a polar bear under section 44 of the Terrorism Act (2000). Far from being a terror threat, the polar bear is itself threatened by the effects of climate change on its habitat. 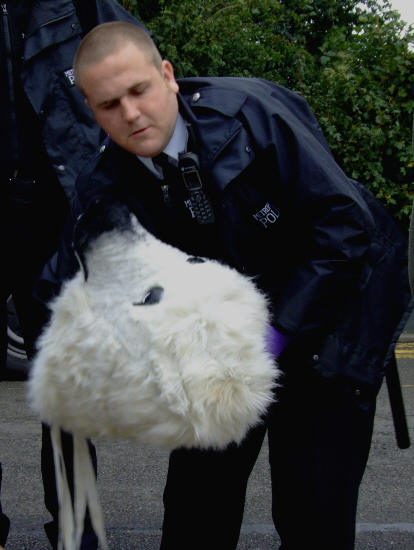 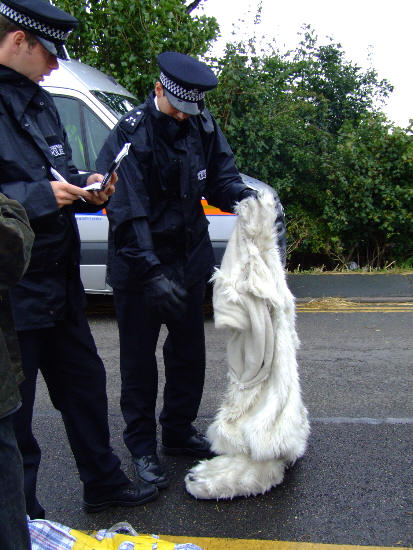 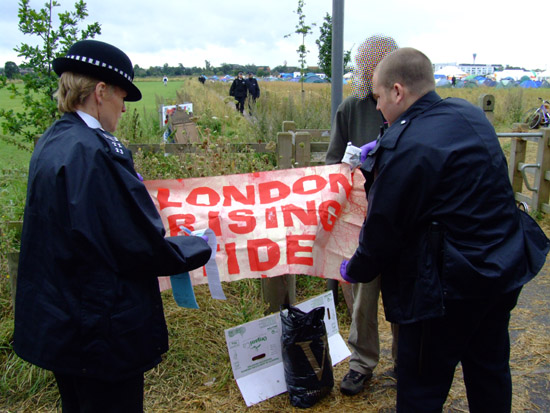 and then produce a banner supporting Rising Tide

Even more mysteriously, the police then appeared to demonstrate their concern about climate chaos by displaying a banner in support of London Rising Tide, an organisation which takes direct action on the root causes of climate chaos: