Traffic Jams on M4 as Police Set up Checkpoints

Police set up checkpoints on both carriageways of the M4 yesterday (Saturday 18th August) causing traffic tailbacks throughout the evening. The disruption was covered in the Guardian and other news outlets.

The motorway was closed down to one lane, first in one direction and then the other, as police scanned vehicle number plates with cameras mounted inside vans. Once past the number plate recognition cameras, vehicles were funnelled down to one lane where Police could flag down the vehicles they wanted to stop. Such roadside setups are used to catch out drivers without insurance or up to date vehicle tax or MOTs. They can also be used to check registrations against lists of stolen vehicles, or vehicles on watch lists.

Similar technology was deployed against protestors last year at the Camp for Cliamte Action which took place in the shadow of the Drax coal fired power station in Yorkshire.

Technology of the police state ...

A good reason to completely oppose road pricing schemes since they will most likely involve a countrywide network of permanent digital number-plate cameras and roadside detectors (and satellite tracking if you're made to have a GPS on board).

Or ride a bike. 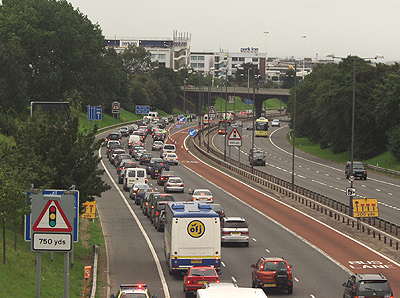 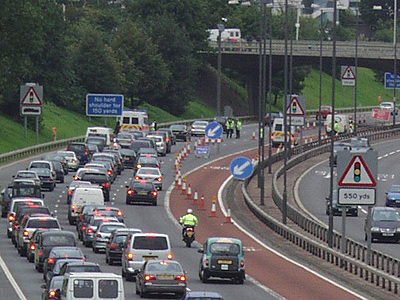