Stop the war march goes ahead 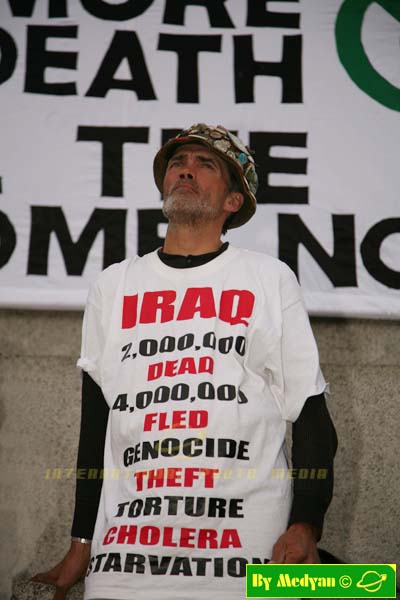 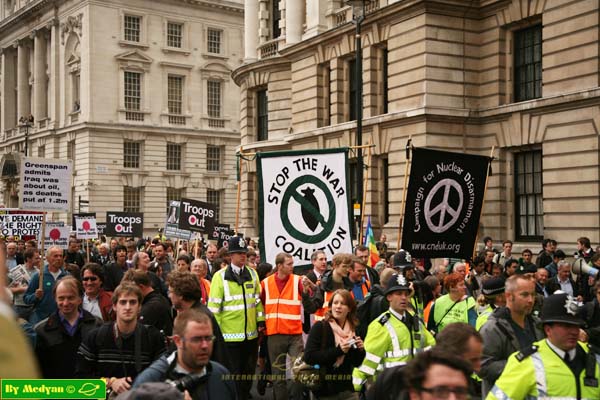 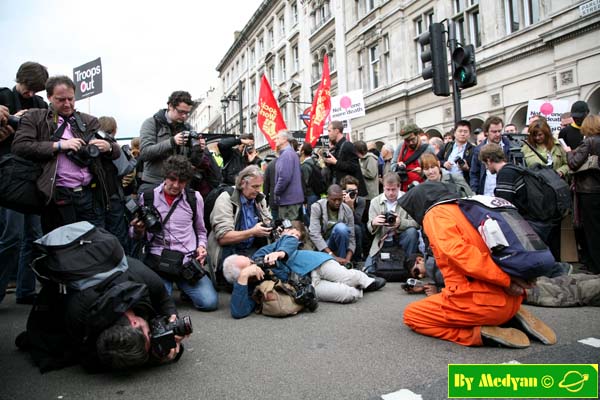 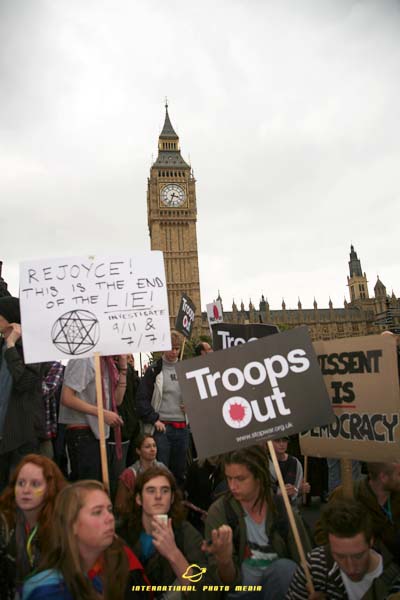 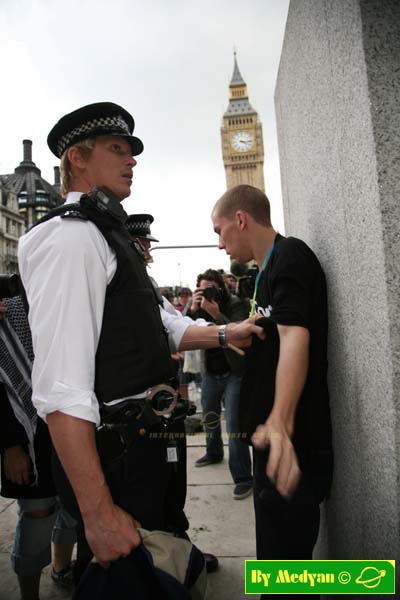 Thousands gathered in Trafalgar Square to march on Parliament to demand troops out of Iraq and Afghanistan despite a threatened ban under a Victorian law last used against the Chartists. Fired up by the rhetoric of speakers like George Galloway, Tony Benn, Brian Haw and even an ex-SAS soldier, this crowd was unlike any other seen on a Stop the War Coalition march.

By the time the protest reached Parliament Square police were already throwing their weight around, arresting one demonstrator for swearing and attempting to make the march use a pelican crossing to enter the square in dribs and drabs. Despite the best efforts of Stop the War Coalition stewards to do the job of the Met for them demonstrators staged a sit in on the road and refused to move until the rest of the march was able to join them.

Later, as half the march was diverted to College green by the same stewards, the remaining protestors tore down the fences surrounding Parliament Square and stacked them in a neat pile. It would be fair to say the police had lost control and looked totally incompetent. One arrest was made.

A third arrest was made of a bystander in Brian Haws enclosure, an angry crowd surrounded the police making the arrest and reinforcements were called in en masse. A fourth demonstrator was subsequently arrested for assault police. For a short while it looked as if the two may have been de-arrested but, sadly, we did not have the numbers.