Stop the War March goes ahead photos and report 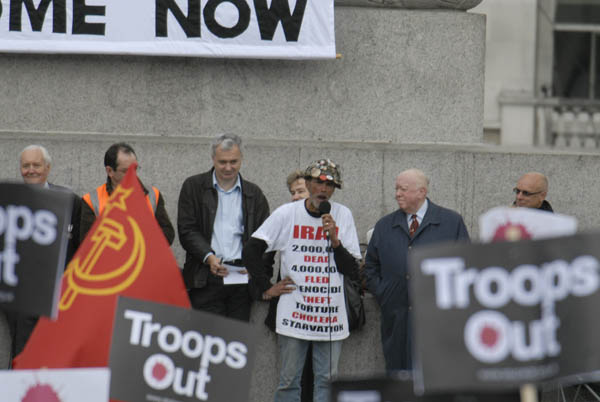 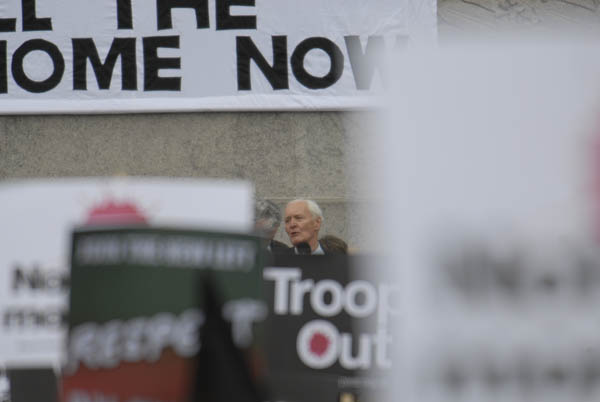 And so does Tony Benn 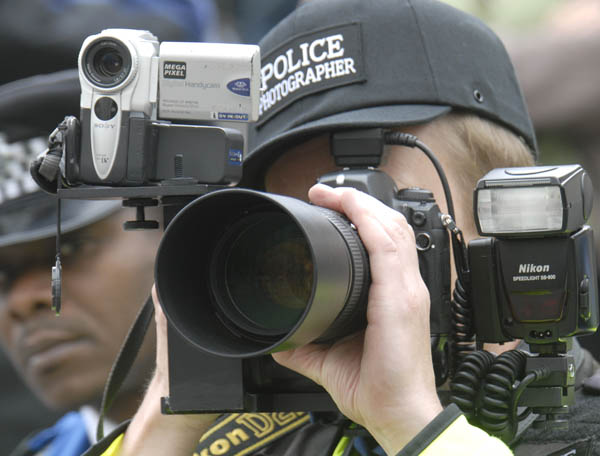 The policed take photos of protesters 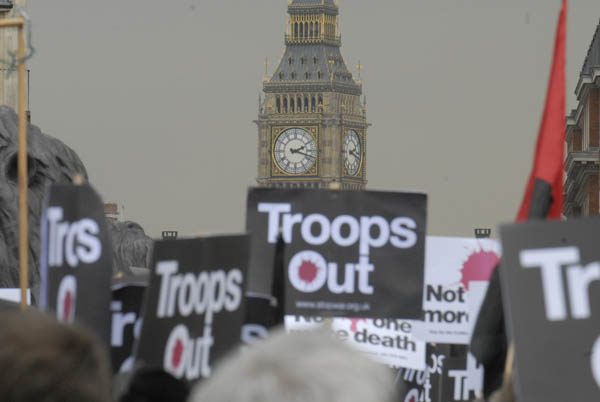 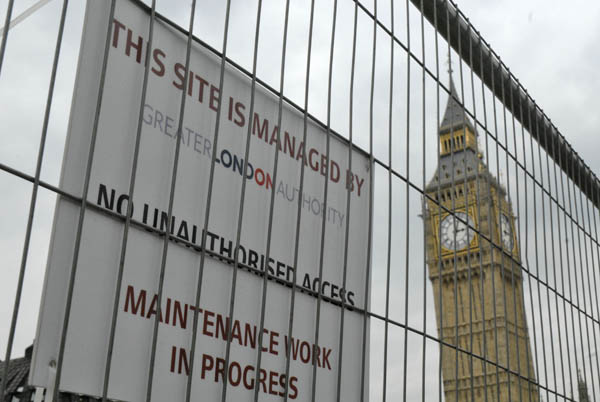 Parliment Square fenced off by GLA 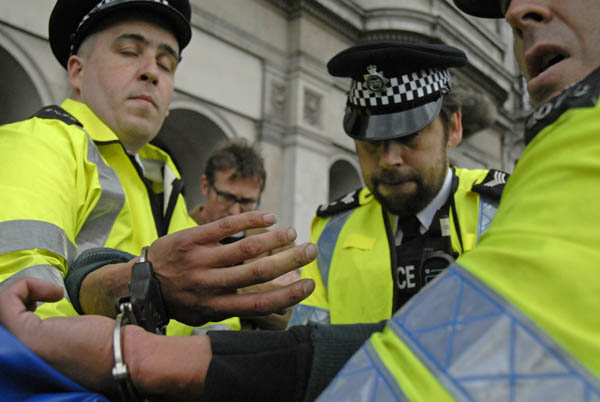 Police arrest protester who appeared to have done nothing illegal 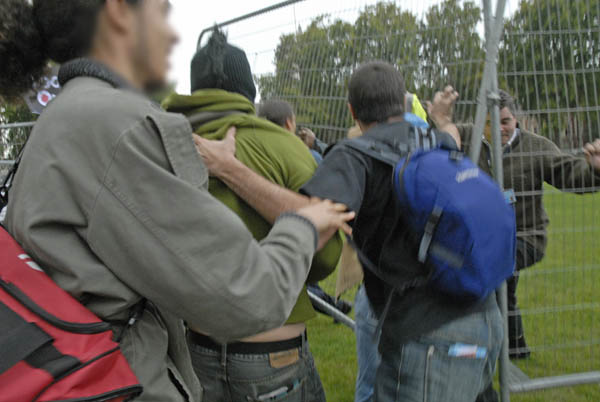 Fence is pushed over 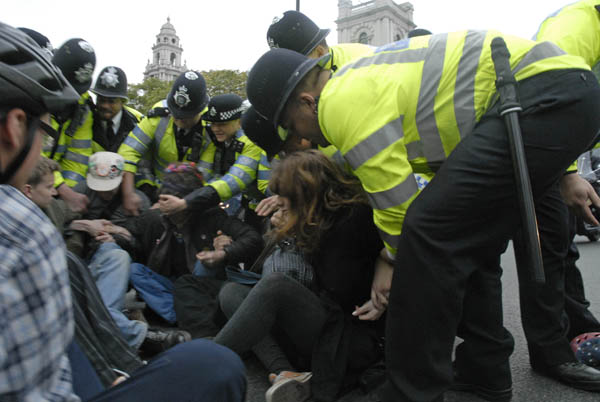 Sit down protest moved by police 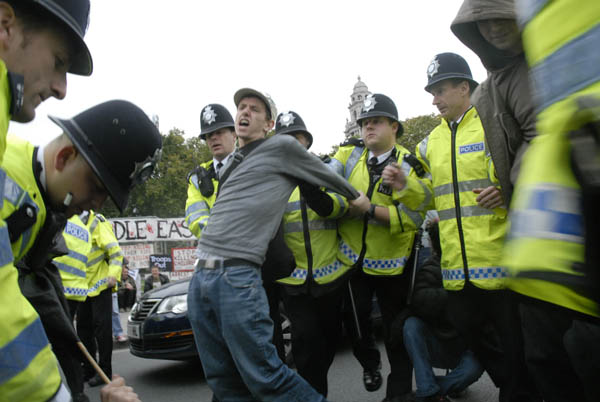 Sit down protesters are roughly handled 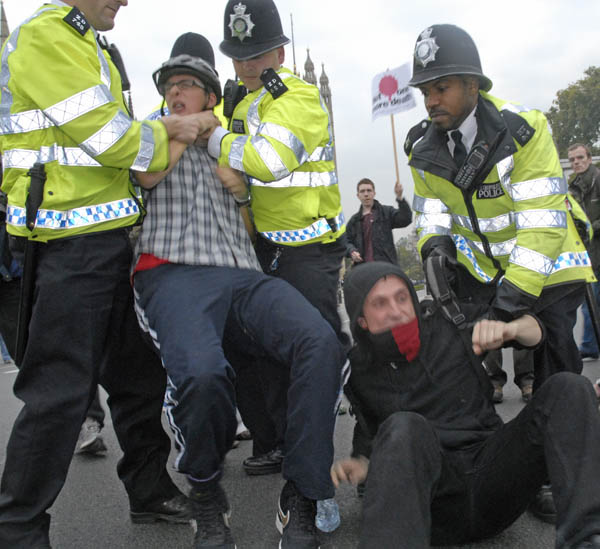 On Monday 8th October Stop the War Coalition organised an antiwar, troops out of Iraq march, which STWC claim was attended by some 5000 people. The march had initially been declared illegal by police under the arcane Parliamentary Sessional Orders, however STWC had declared their intention to go ahead with the march regardless. According to STWC the march was given the all clear only minutes before the march was due to start. This seems a rather surprising “U” turn on behalf of the authorities, who one must assume did not want the negative publicity of the media showing police using force to break up a peaceful demonstration.

Policing of the march appeared bizarre. Protesters were halted by police at the junction of Whitehall and Parliament Square, where they were then given permission to cross the road in small groups. This meant that it took more than 2 hours for the march to pass this point. The commanding, and other officers, appeared highly stressed during their operation.

Some protesters pushed over the fence which surrounded the grassy central part of Parliament Square, and which protesters claim is a political act designed to harass them. The GLA who are responsible for Parliament Square claim the fencing is for maintenance purposes, however there is no sign of any maintenance taking place in the square. Protesters also claim the fence is illegal.

Protesters also made a number of sit-down protests on the road outside Parliament. 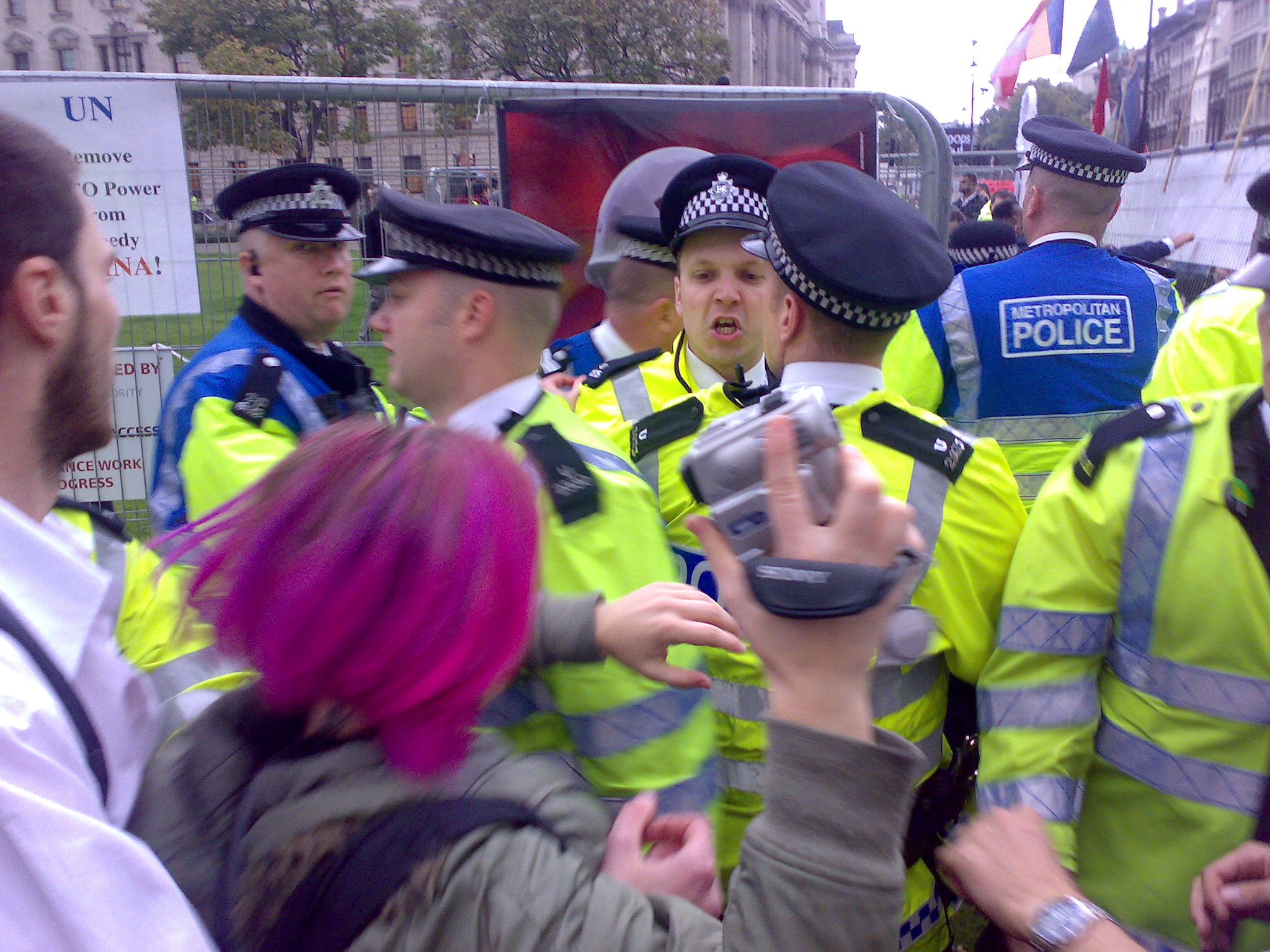 One of the best photos I took of the day, Police action around fence when we took it down: