John Pilger gave the keynote speech at a gathering of academics debating the need for a cultural and academic boycott of Israel yesterday. (Sat 13/10/2007) 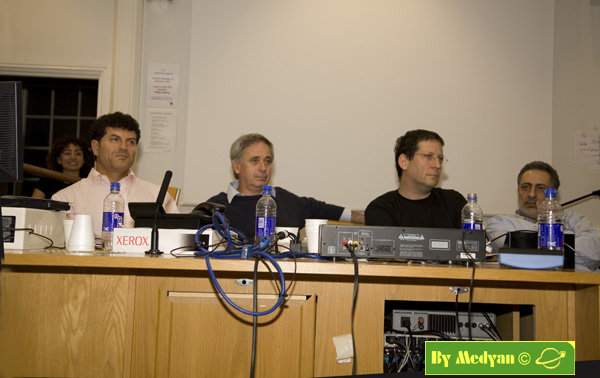 
John Pilger gave the keynote speech at a gathering of academics debating the need for a cultural and academic boycott of Israel yesterday. (Sat 13/10/2007)

The event took place at the School of Oriental and African Studies at Vernon Square, London and was organised by the SOAS Palestine Society and sponsored by The Palestinian Campaign for the Academic and Cultural Boycott of Israel.

The pressures facing Palestinian academics was made apparent by the non-appearance of Dr. Haidar Eid, of the Al-Aqsa University, Gaza in Occupied Palestine, who was denied a visa to visit the UK after the British Consulate in Jerusalem refused to coordinate with Israeli authorities. He gave his talk via a phone link up and gave a frank talk about the terrible conditions for ordinary people in Gaza and confirmed that the majority of Palestinians are in favour of a boycott of Israel. Referring to Gaza as the largest concentration camp with the largest number of persons in the world he said: ’Gaza is becoming the Auschwitz of our times.’

The appalling situation of young residents of Gaza who have places at universities abroad but are still being denied permission to leave Palestine by Israeli authorities was discussed. Also the methods used by Israeli universities to keep Israeli Arabs from receiving places, such as Haifa universities infamous psychometric tests set in Hebrew made for uncomfortable listening.

The speakers were:
John Pilger
Distinguished Journalist and Film Maker: 'Palestine Is Still The Issue'.

Israeli Academic Institutions and Discrimination against the Palestinian Citizens

The Israeli and British Media and the boycott Issue

The UCU and boycott: Lessons from 2006-07 and the autumn campaign

UCU branches and the boycott debate: strategies and tactics

Sharing Experience and Practical Guidelines on Boycott to Colleges

The British Media and the Israel-Palestine Question