Eco-Village of the Future Instead of Third Runway at Heathrow?

Environmentalists and concerned local people resisting the plans for a third runway at Heathrow Airport have begun ongoing discussions with a view to establishing a permanent climate centre in the Sipson, Harmondsworth, and Harlington villages.
Environmental campaigners are attempting to offer grassroots solutions to global warming and climate change which would effectively enable the local residents to transform their local area into a futuristic high tech eco-village. 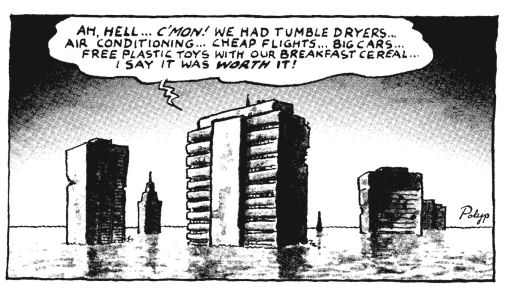 A number of practical ideas and projects are being considered including creating a community centre where local people can meet and work together and where an Earth Fair Consumer Revolt could help to inspire everyone to share their unwanted second hand goods with each other rather than continuing to buy new goods from high street shops.
Other proposals include the idea that the threatened villages could declare independence from the British government and take control of their own local affairs and grow their own food and operate their own Peoples' Bank and use their own currency.
This could help to create an alternative political and economic system based on localisation, environmentalism and environmental economics.

A full programme of eco friendly activities is being prepared and some of the ideas so far being proposed include a massive tree planting campaign coupled with the use of permaculture in local homes and the micro production of renewable energies like solar and wind power.
Research is also being conducted into making conversion kits which will enable internal combustion engines to run on hydrogen produced by hydrolysis at the point of ignition, and which can be made from scrap materials recycled and reused by ordinary people themselves.
We also make diesel fuel from recycled chip fat and it is possible that the Heathrow villages could reduce their own carbon emissions to zero by using alternative technologies and ideas.

A number of experienced environmentalists have already expressed an interest in helping to create an eco-village in the Heathrow area and we are now looking for more groups and individuals willing to offer their own talent and experience.
Anyone seriously interested in being involved with this project is invited to get in touch with the Earth Aid Environmental Campaign as soon as possible.
We are hoping that a site will be made available to us in the very near future and everyone wanting to work together with the local residents of the three threatened villages is welcome to join in.

The Heathrow Earth Fair project is intended to be a community centre lending positive support to the local campaign against the third runway which if it goes ahead will result in thousands of people losing their homes and a huge increase in greenhouse gas pollution over London.
We have been reliably informed that the local campaigners are interested in broadening their campaign theme to include working with environmentalists to combat global warming, and that they have thanked them once again for their continuing support for the local people in their efforts to stop the third runway.

Many scientists have warned that the very survival of future generations is being threatened by global warming caused by the burning of fossil fuels, and the speed at which the Earth's temperatures are increasing and the polar ice caps are melting and the sea levels are rising now appears to be virtually out of control.
More and more people are becoming seriously alarmed at the increasingly obvious catastrophic consequences of climate change and are realising that very serious urgent action is needed immediately if the human race is to be saved from extinction this century.

Worldwide news media attention is likely to be focused very soon on the local resistance to the planned third runway at Heathrow Airport and the Environmental Movement in Britain has a very serious responsibility to give this the best shot that we can.
There is massive support for the protests against aviation expansion in Britain, but what we are proposing as well is to emphasize the positive grassroots solutions that could set an example to the rest of the world of the way forward to solving the global environmental crisis.

Ours is a very small collective of working people involved with mechanics, plumbing, building, designing, decorating, electrics, electronics and computer technology, and we are offering our services free of charge to those who now appear to be most in need of them.
Some of our friends are also writers and artists and musicians and photographers and film makers and lawyers and journalists, and between us we could help to transform the threatened villages near Heathrow into a model of environmental perfection.
We are hoping that other like minded people will join us in this important project.
Please contact us as soon as possible if you are interested in working with us and the local residents of Sipson Harmondsworth and Harlington in helping to design the high tech eco-village of the future now.
Thank you.