As I was unable to attend yesterday’s hearing -- and no major media outlet has seen fit to report on it -- I spoke to Jackie Chase from Brighton’s Save Omar campaign, who filled me in on the morning’s events.

Speaking to a busy courtroom and an overflowing public gallery, Edward Fitzgerald QC, representing Mr. Deghayes and Mr. El-Banna, submitted medical reports which analyzed in detail his clients’ precarious mental state. Although he made a point of sparing the court the details of their abuse in US custody, which had created their current problems, he explained that the reports revealed that both men were suffering from Post-Traumatic Stress Disorder.

He also pointed out that a particular source of stress and mental anguish for the men derived from the electronic tagging devices that they have been obliged to wear since their return to the UK, which, he said, were causing them anxiety, because they were giving them flashbacks to their ordeal in the US prisons in Afghanistan and Guantánamo, and specifically to their interrogations and the array of brutal techniques that were used on them during the run-up to their interrogations.

Mr. Fitzgerald then asked for the tags to be removed, a request to which the prosecution graciously acquiesced. In their place, Mr. Deghayes and Mr. El-Banna are required to allow police representatives to visit them during the curfew hours that were also imposed on their return to the UK -- between 8 pm and 7 am -- to check that they are actually at home.

As for the extradition request, the Crown Prosecution Service reported that there had been no response from the Spanish government since the last hearing in January. The judge set a deadline of April 13 for the Spanish to respond to the medical reports, and to issues previously raised by Mr. Fitzgerald and his colleagues; namely, that the Spanish authorities had failed to explain why they had filed the extradition request on the men’s return, when they had not pursued it vigorously during their long imprisonment in US custody; and that they had also failed to explain why they wished to pursue the case when both the British and American governments had concluded that there was no case against either man.

In open discussions between the judge and the various lawyers, the prospect was raised that the Spanish government might drop its extradition request in the near future. If they respond by April 13, however, the formal extradition hearing will take place on May 15.

It is to be hoped that the Spanish will indeed drop their request for the return of two innocent men who are struggling to rebuild their lives. As the case of Farid Hilali revealed last week, the European Arrest Warrant, introduced to facilitate extradition proceedings between EU member states, is proving itself sorely lacking in any mechanism whatsoever to prevent extraditions when the country making the request is acting on “evidence” that fails to stand up to impartial scrutiny. See the following links for more on Mr. Hilali’s story.

For more information on the British residents in Guantánamo, see my book The Guantánamo Files: The Stories of the 774 Detainees in America’s Illegal Prison ( 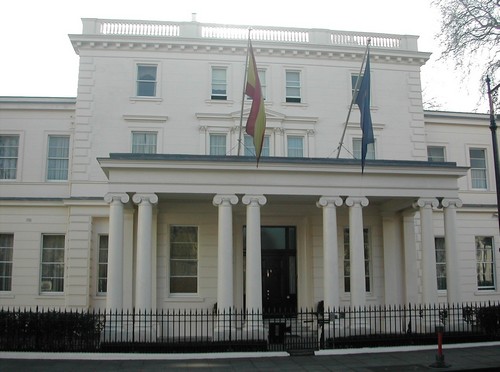 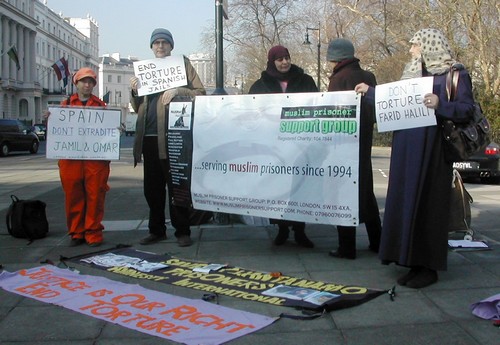 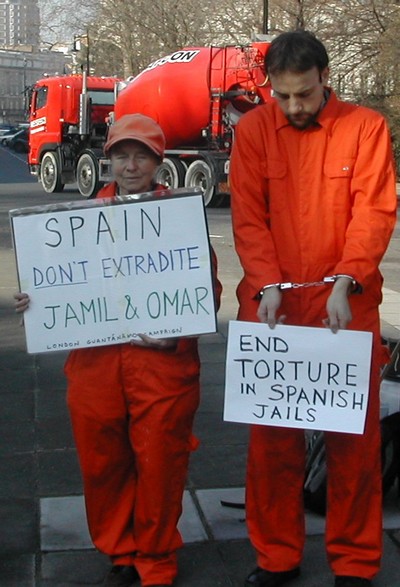 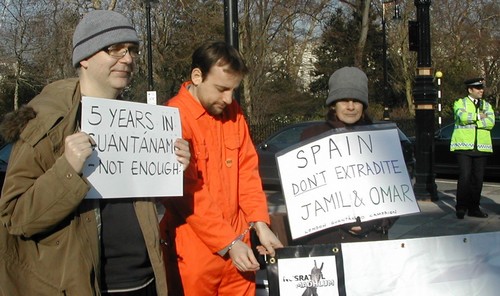 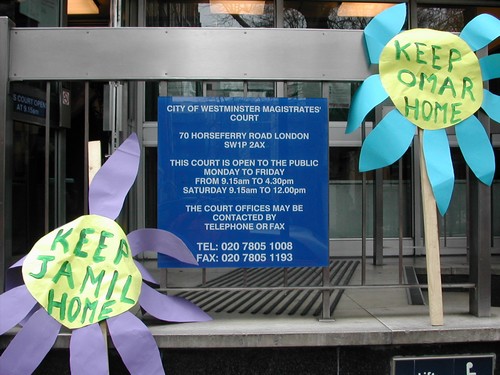 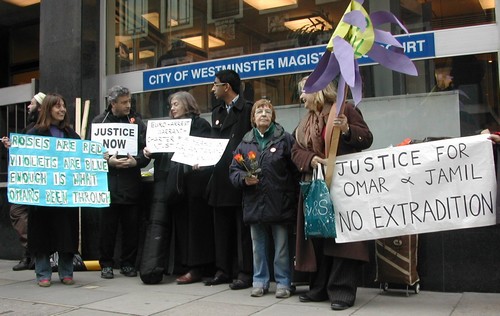 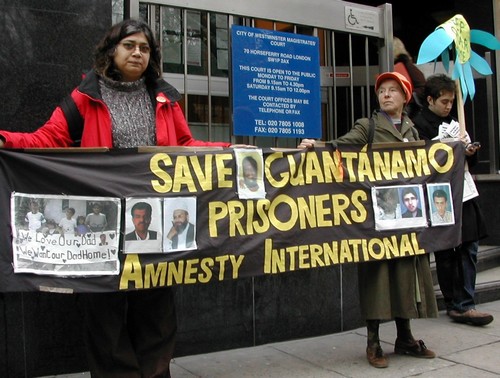 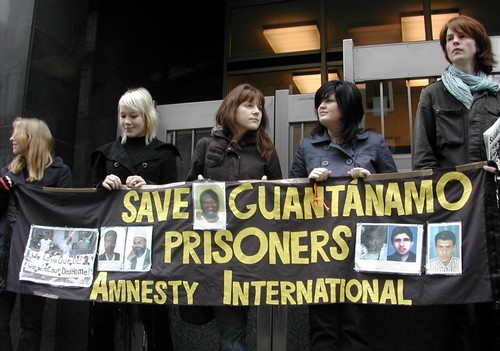 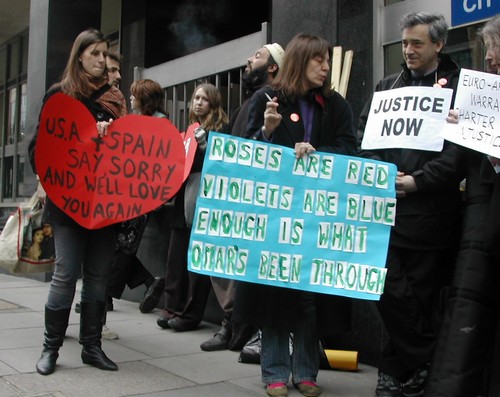 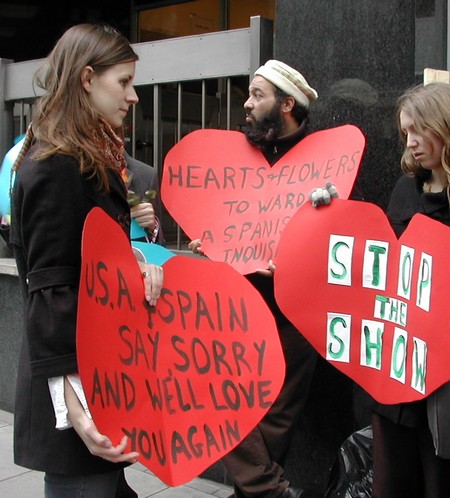 - Tuesday 12 February 2008 - Spanish Embassy, London - in opposition to Spain's attempt to extradite former Guantanamo detainees and British residents Jamil el-Banna from NW London and Omar Deghayes from Brighton; and in opposition to the extradition of Farid Hilali, and torture and other human rights abuses in Spanish jails, highlighted in a recent report by Amnesty.

Amongst those present at the above demos were representatives from London Guantanamo Campaign, Save Omar Campaign, Muslim Prisoner Supporter Group and Amnesty.