Calling all Activists, Artists and Astronauts for Day of Action against G8

Do you Screenprint? Make Music? Street Art? Perform? Do you like to bake Cookies?
The 5th July 2008 will be your chance to take to the streets and be part of a creative intervention in Croydon. Come together with lots of other artists, activists and alternative astronauts, to create a disturbance in the normal structure of time and space and show your support for the protests against the G8 in Japan. 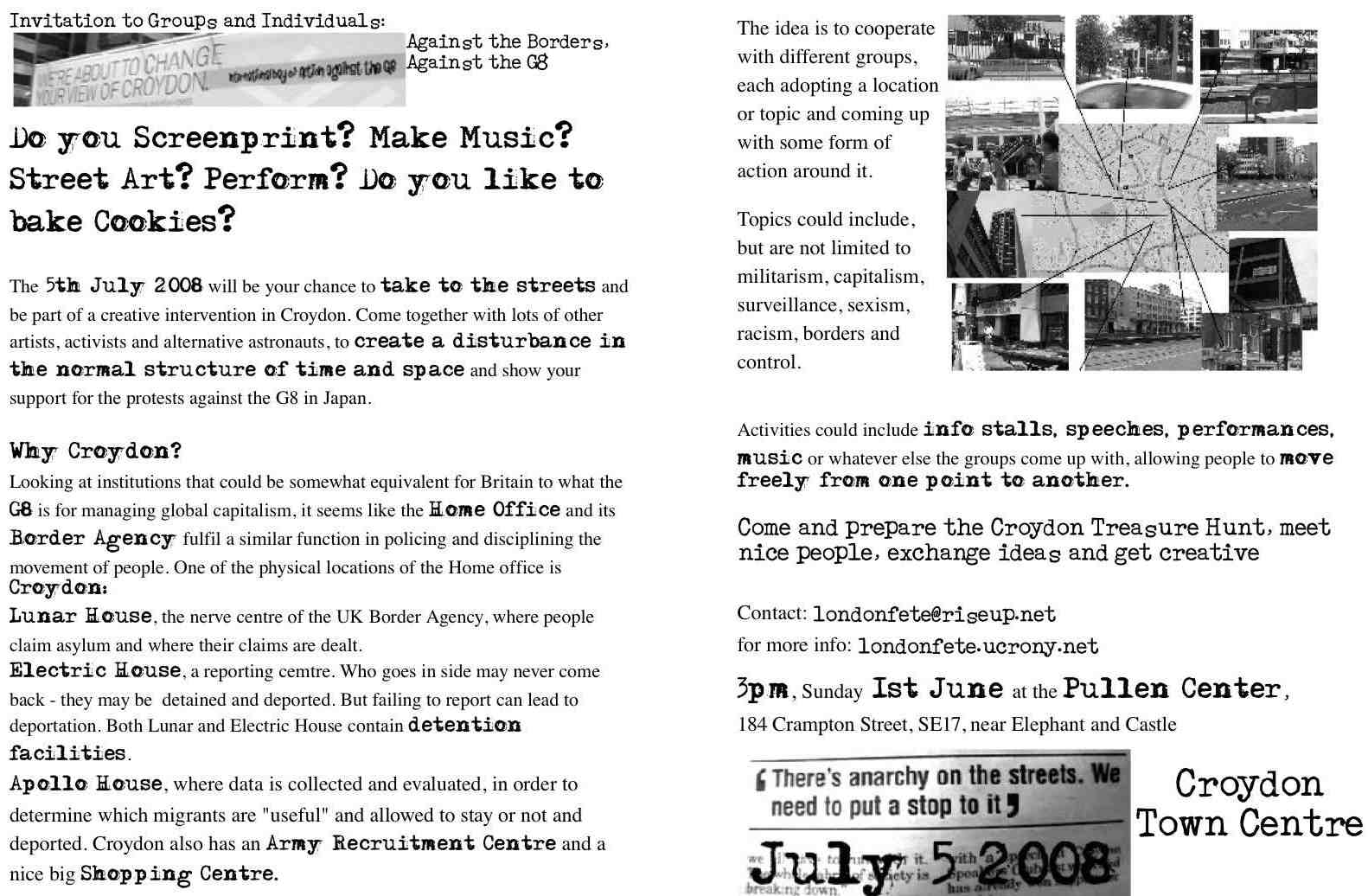 Why Croydon?
Looking at institutions that could be somewhat equivalent for Britain to what the G8 is for managing global capitalism, it seems like the Home Office and its Border Agency fulfil a similar function in policing and disciplining the movement of people. One of the physical locations of the Home office is Croydon:

Lunar House, the nerve centre of the UK Border Agency, where people claim asylum and where their claims are dealt.

Electric House, a reporting centre. Who goes in side may never come back - they may be detained and deported. But failing to report can lead to deportation.
Both Lunar and Electric House contain detention facilities.

Apollo House, where data is collected and evaluated, in order to determine which migrants are "useful" and allowed to stay or not and deported.


The idea is to cooperate with different groups, each adopting a location or topic and coming up with some form of action around it. Topics could include, but are not limited to militarism, capitalism, surveillance, sexism, racism, borders and control.

Activities could include info stalls, speeches, performances, music or whatever else the groups come up with, allowing people to move freely from one point to another.