Images from the protest in London appealing for solidarity with Binyam Mohamed - the last UK resident in Guantanamo bay threatened with the death penalty.
Binyam Mohamed is a refugee from Ethiopia, who was granted indefinite leave to remain in the UK, was seized in Pakistan and rendered to Morocco, then sent to Afghanistan, and then Guantanamo Bay. 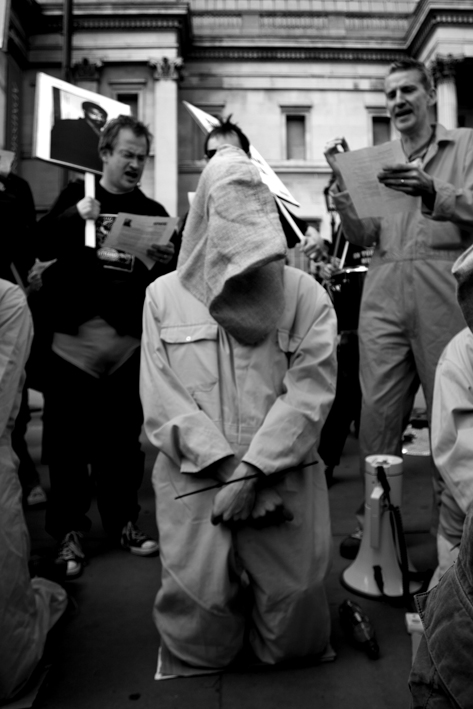 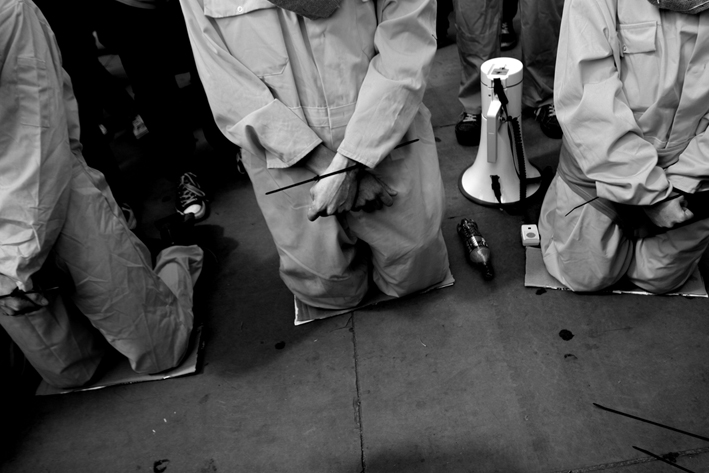 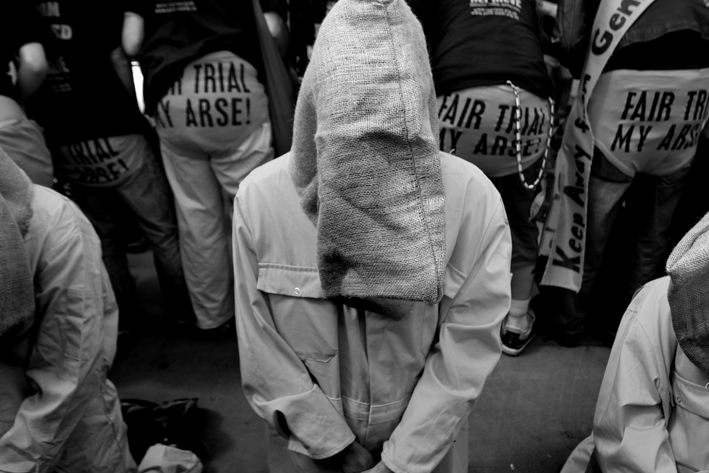 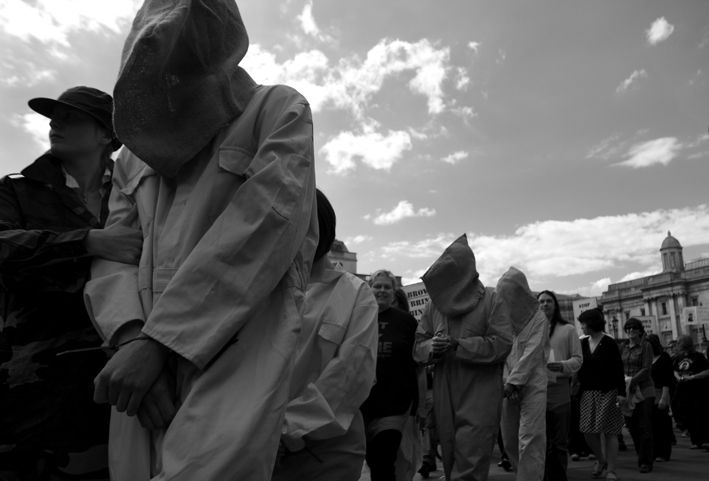 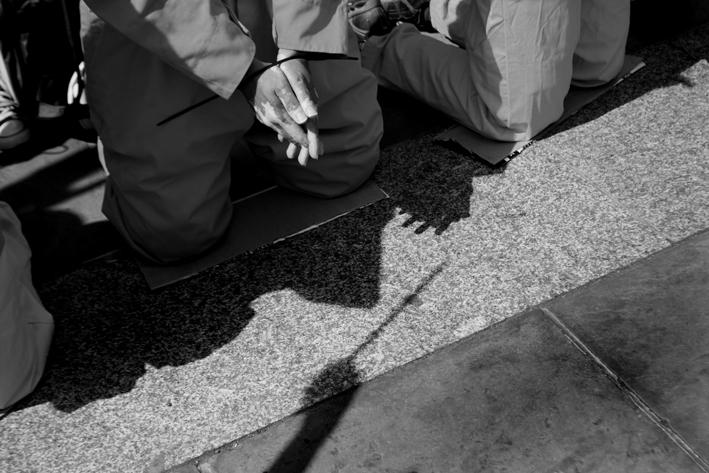 This protest featured several people dressed in hoods and orange boiler suits in the style of prisoners at Guantanamo bay, and about 20 or so other participants dressed in orange outfits / nappies with the words 'Fair trial my ass' on their behinds - a reference to Binyam Mohamed's trial at which he faces the death penalty.

Speeches were read and songs were sung, as the mock-prisoners sank to their knees outside the National Gallery in Trafalgar square. They were then marched through the square and paraded around by a mock- US army general.

The atmosphere was jolly but determined. It went off peacefully, and the police monitored the whole thing carefully.

The event was timed to coincide with George Bush's visit to London. He will have breakfast with Gordon Brown (the British Prime Minister) on Monday.
Across town the Anti-Bush rally got underway in Parliament Square. More photos from that to come.

All images copyright Billy Macrae 2008
These lo-res versions may be distributed in connection with the event.

An edit of these images will be placed on my blog over the coming days:

If you have a demo/ event that needs covering, try me.
Peace,