Following the election of Richard Barnbrook onto the Greater London Assembly (GLA), Unite Against Fascism and Love Music Hate Racism called a national march and parade against fascism and racism on April 21. A contingent from Nottingham were amongst those who travelled to London to show their opposition to the British National Party (BNP). 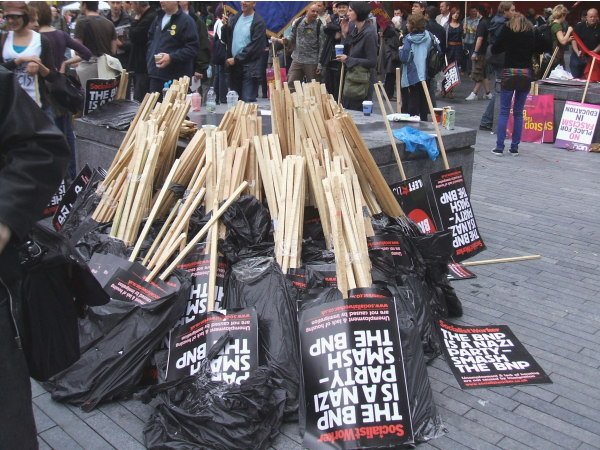 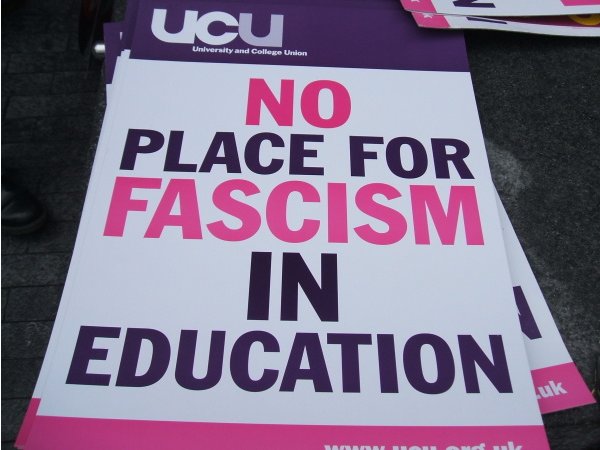 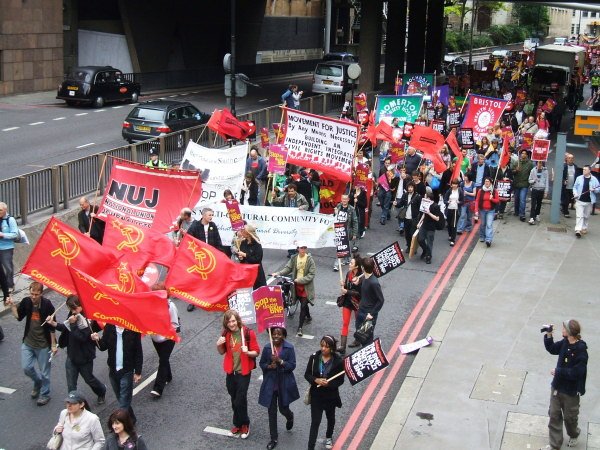 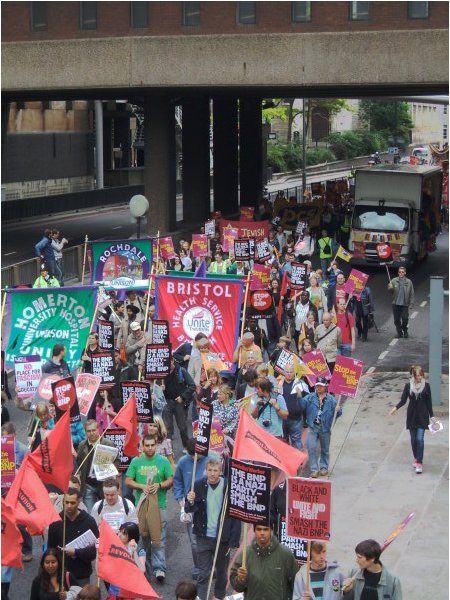 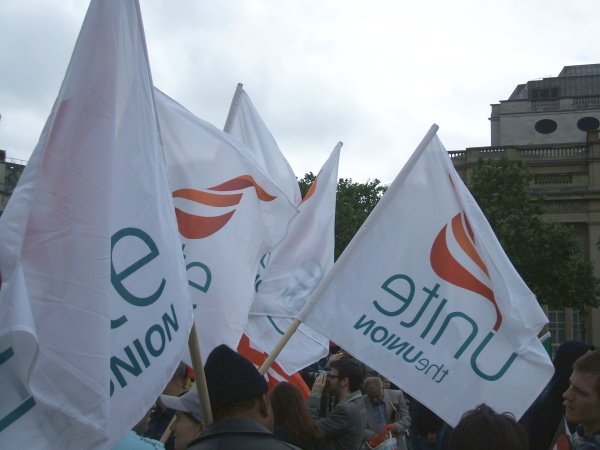 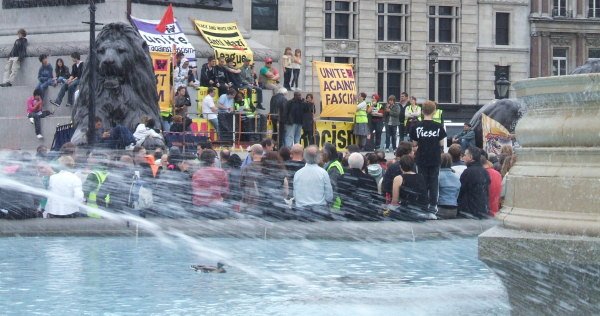 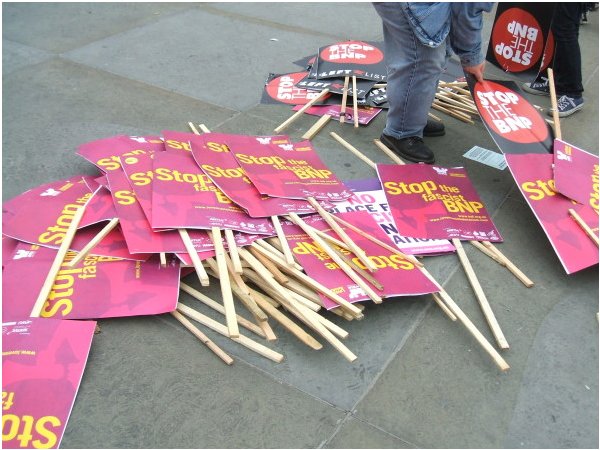 It is difficult to make an accurate assessment of the numbers in attendance and people seemed to evaporate when we reached Trafalgar Square, nevertheless, I suspect there were around 5,000 people on the march, perhaps less. That's certainly far more than any far-right group could mobilise, but for a national demonstration against fascism, the turnout was disappointing.

The march formed up a few hundred metres from City Hall, where Barnbrook now sits as a member of the GLA, but as it was a Saturday he presumably wasn't in. The BNP were not visible on the day, although it's entirely possible they had spotters out and about (we would if the tables were reversed). A counter march proposed by some nutter on Stormfront also failed to materialise.

Floats with PA systems travelled slowly along the route of the march blaring out music interspersed with political slogans, while other demonstrators made do with good, old-fashioned megaphones.

There was the usual array of banners representing various unions, including UCU, FBU, Unison and Unite. In an apparent blast from the past, there were even banners for the Anti-Nazi League and Anti-Fascist Action, both of whom I'd thought were now defunct. (Their surprise appearance encouraged one friend to speculate that Mosley was to be resurrected for the counter-demo.)

The speakers included a range of union bureaucrats and a splattering of musicians (but nobody particularly famous). Most made much of the need to resist the rise of the BNP, but were short on practical details. Mark Serwotka of the Public and Commercial Services Union (PCS), however, did encourage people to support the campaign against the BNP's Red White and Blue "festival" in Denby, Derbyshire and to take part in the protest there on August 16.

Those of us had used the demonstration as an opportunity to promote this event (with some help from other supportive groups). We were able to dish out thousands of leaflets and got a good response. Hopefully people don't feel that they've done their bit for the fight against fascism by marching through London and will make their way to Derbyshire in August. We've had the rhetoric now lets see if we can back it up with our actions.