Little Peace Boat on the way to Climate Camp, arrives in Brighton Marina

Update on veteran peace campaigner,
Peter Le Mare, in his Little Peace Boat,
"Be Disarming"
...on the way to The Climate Camp and then to Westminster, London for this 50th anniversary year of CND peace symbol on Hiroshima Day, August 6,
....to draw attention to the linked problems of Catastrophic Climate Change and World Peace. 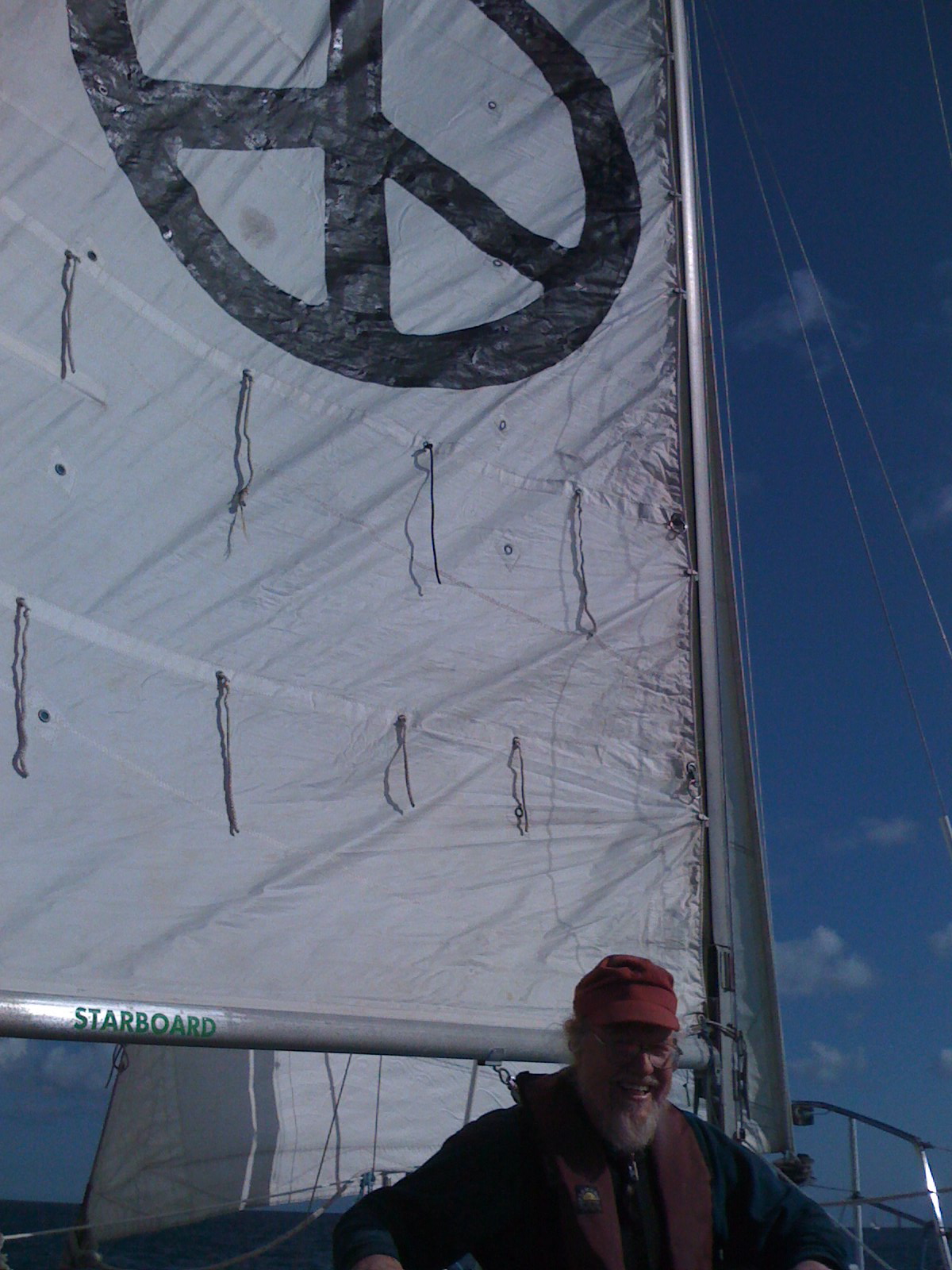 Peter under sail on the "Be Disarming"

The journey so far:
Monday 7th July the "Be Disarming" little peace boat slipped out of Penzance Harbor gates, the start of its voyage, moored in Newlyn for the night. Tuesday headed for Falmouth, arriving late after an eventful first days sailing including storm sun rain and calm.
Plymouth Friday for the SW regional Climate Camp meeting.
Sunday arrived in Brixham and stayed there to catch the tides right for Exmouth, arriving Monday,
leaving Wednesday morning for Weymouth catching some good winds taking the 20ft boat to 8 knots.
Arrived in Southampton Sunday after an easy trip through the Needles and with the tide managed 10 knots.
As they sailed towards Selsey Bill a RIB with 2 MOD Police came along and one boarded the Little Peace Boat.
Very pleasant conversation and enquiries, lastly asking if there was any intention of doing anything on “Navy Days”
They were given a Give Peace a Chance sticker!
Wed morning (23rd), arrived in Brighton marina just before 1am
Now looking around for support and interest in Brighton before leaving for Hastings in the morning tomorrow


Peter says:
“Almost every war that involves the Major Powers is about oil and the global power it represents.
He is using his epic voyage to highlight the UK Government’s decision to deploy new nuclear weapons.
In 1967 the UK signed a treaty obligation to get rid of these weapons of mass destruction.
In 1996 the World Court ruled that they were subject to international law which says that any weapon which incinerates and irradiates people indiscriminately could never be used lawfully.”

Peter argues that billions of pounds are being squandered on useless, illegal, and dangerous nuclear weapons. If we concentrated on measures to combat climate change we could effectively reduce our Carbon Footprint.

The project is running on a shoestring budget, sailing close to the wind.
Please help in any way you can