A group of 12 Christians who have spent the week making tea for activists at the Camp for Climate Action today prayed outside the Kingsnorth power plant as part of the "Orange Action". Up to 3 were arrested for failing to leave the area when ordered to.
The group set out with the Orange contingent of the Day of Action against Kingsnorth, and on arriving at the gates to the plant, sat down with their banner and a model of the power station. Praying for forgiveness for all the damage the plant has created during its life-time, and singing simple chants, they were determined to show that Christians are waking up to the need for action to prevent Catastrophic Climate Change.

One of them said "this action might seem a little strange to some, but we felt the symbolism of preparing a power plant for its death was important because we simply don't want to see it continue to endanger the life of the planet".

After singing several chants and songs, most of the group left with the remainder of the march, but 3 remained to continue their watching and waiting for the power station to be switched off. It is believed they were amongst the 19 arrested for remaining after the order to disperse was given under section 14 of the Public Order Act. The rest have now returned to the camp, and production of tea and coffee has recommenced.

The group have been running a cafe during each day of the camp so far. The group has also met to pray each night, with upto 20 attending, and taken part in debates on Christianity and Anarchism and role for religious groups in the climate movement. "I hope it inspires those who've been involved to see themselves as part of the movement that the Climate Camp represents" said one of the cafe organisers, "I want to send a message to other Christians to take direct action and to really think about the ways we have been conned into inaction." 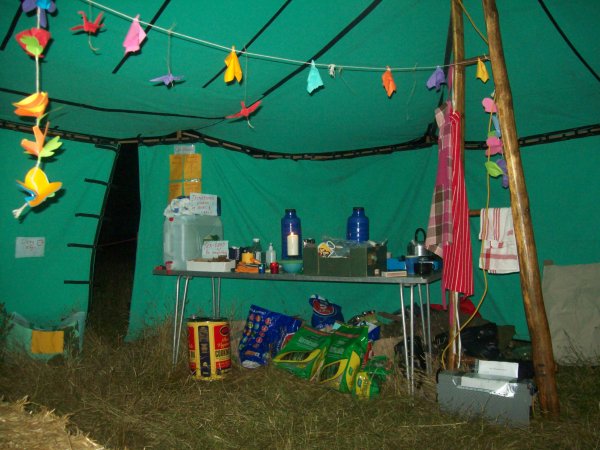 The cafe servery abandoned for the night 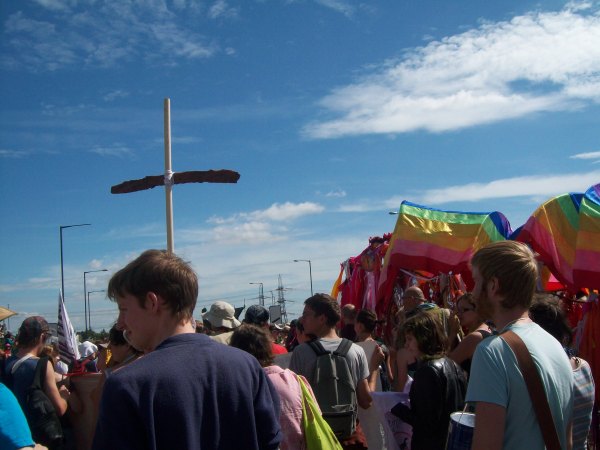 On the march leaving the camp 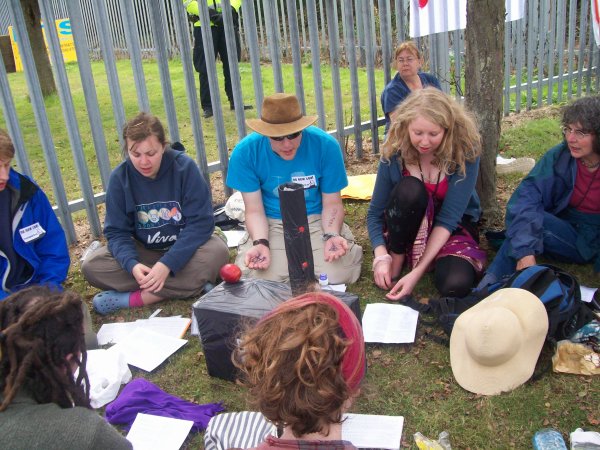 Praying for the end of a power station 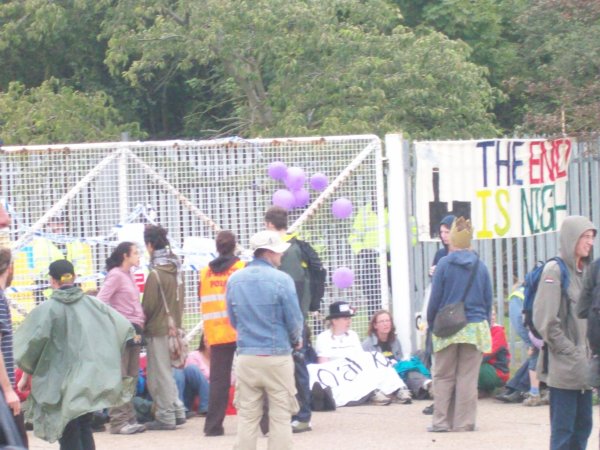 Kingsnorth: the end is nigh!

Here's the pics for the report...