July 17th, London. Campaigners returned again to the Nepalese embassy in London in support of the week of action against the export of monkeys from
Nepal to research labs in the USA. 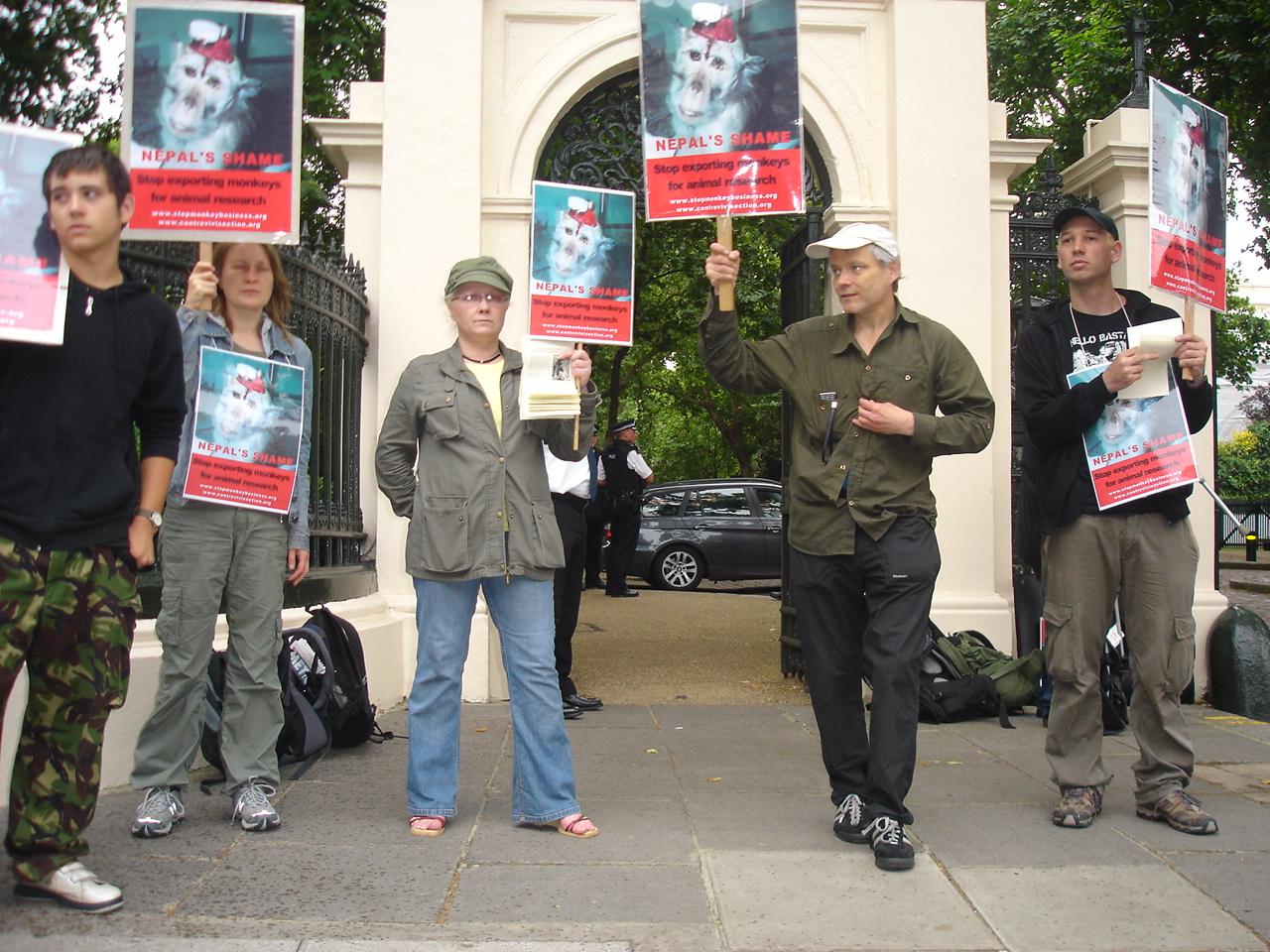 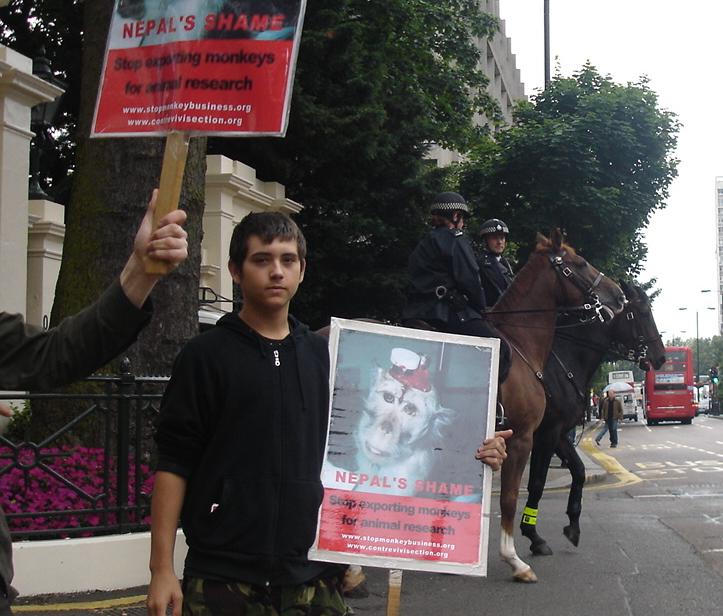 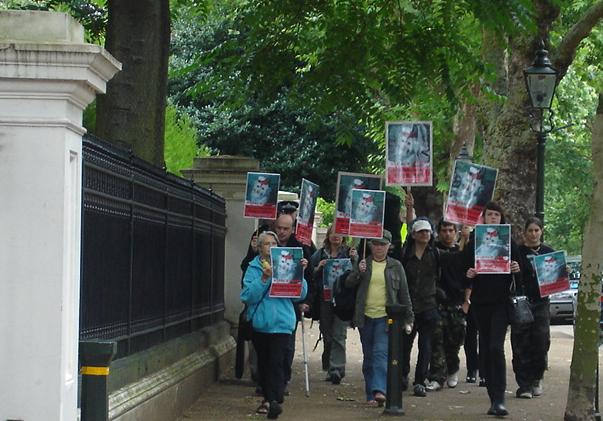 Two of us first approached the embassy and asked to speak with someone from the embassy to discuss the campaign and what the new government in Nepal would do about the monkeys. They were asked to go upstairs to an
office to speak to an official, which they did.

Meanwhile outside other protesters stood at the entrance to the building holding placards and giving out leaflets to passers by about the situation in Nepal. Some people from Nepal who were leaving the embassy came to talk to us and were very interested in the information we were giving out. Also some young tourists who were planning a holiday in Nepal spoke to us, all of them were in support of our campaign.

After a while police arrived and said that the embassy was on a private road, and that we were not allowed to protest there. We were not happy
about this, but eventually lots of police arrived and made it clear we would be removed. So we walked down the road giving out leaflets and holding placards. We continued the protest at the end of the road, as all visitors to the embassy had to pass by us to get there, and we also reached lots of people on the main road.

Our two colleagues inside the embassy were told by a Nepalese diplomat that they were aware of the campaign and they arrange an appointment to
discuss the situation at greater length on a different occasion, they seemed genuine and we hope we will be given a sympathetic hearing.