Netcu have proudly published the following press release on their site:

Around 50 people were arrested in disturbances today as climate camp protesters attempted to carry out their threat to break into Kingsnorth Power Station, near Hoo." 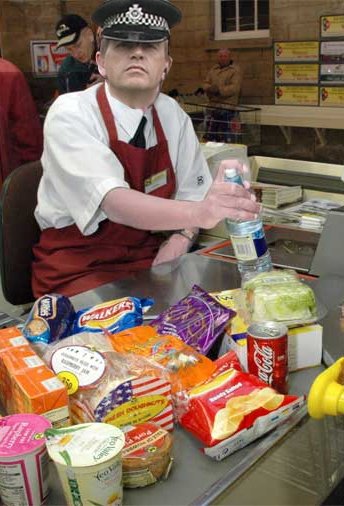 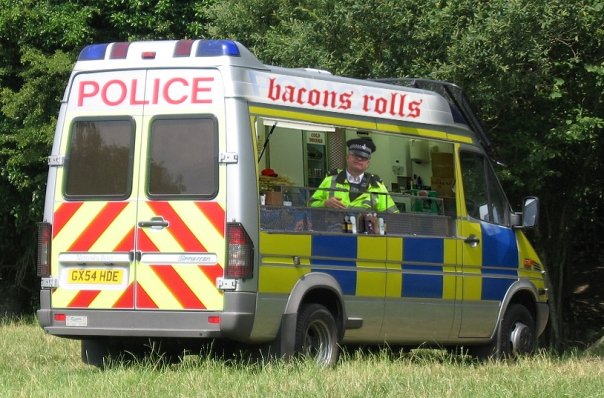 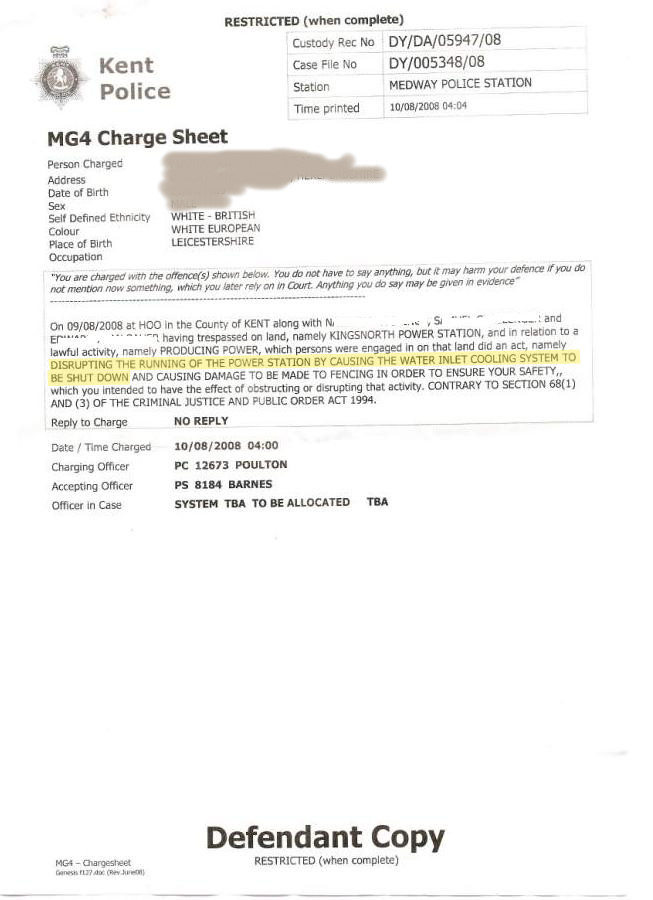 So if the power station wasn't closed down how was it functioning without cooling system? Check out the police charge sheet below for the Kent Police viewpoint!

With the dropping of the NETCU handbook and now this blunder how long before Pearl, Skivens, Bacon and co are looking for new jobs...

Unfortunately only half true...

Unfortunately this question has already been answered by the Medway Messenger which challenged E.ON on this point. They explained that the power station has four pumps and only one was shut down.

I would imagine that a facility of this size has a lot of built-in redundancy and it would take this make than this to force it to stop generating.