EV-EON: Nice Bit Of Subvertising (Shame About The Solutions)


Here’s something nice from a group that brainstormed an idea at the 2008 Climate Camp; EV-EON [

http://www.ev-eon.com]. EON want to build the first of a whole raft of coal-fired power stations in the UK, so these guys decided - and I’m guessing there are a few graphic designers and web bods involved - to make a spoof, which works well. 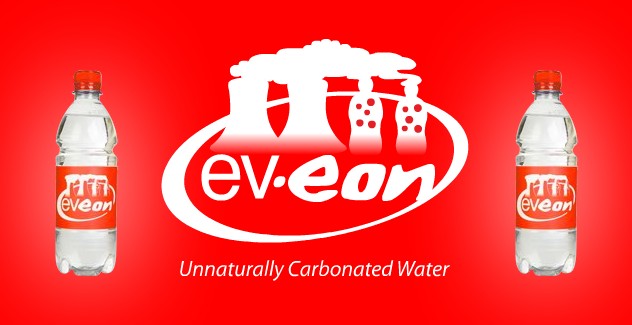 But, as with so many ideas like this, it falls down on the back story and the “solutions”. The introduction starts like this:

We are people just like you. We have no logo, no board of directors, no political agenda. We aren’t long-haired neo-luddites dreaming of a return to some grubby medieval society. We have jobs, in London, that we like.

Now, excuse me for interrupting, but my friends at various road protest and other camps are already fed up with the calls of “Get a bath!” and “Get a haircut!” and, especially, “Get a job!” so would rather the idea that it’s ok to have these feelings is not promulgated. Anyway, so what if they shower a bit less than the hygiene-frenzied middle classes (they are still healthy) and, so what if some of them have long hair and, so what if many of them would rather not be work slaves and instead spend their time trying to take us to a world where wages and product aren’t the be-all and end-all.

The “solutions” could also be a lot better:

Help expose the carbon capture and storage myth by forwarding this site to a friend and talking about it to everyone you know.
[Fair enough, that’s what I’m doing]

Come along to the August 2008 Camp for Climate Action that is being held at Kingsnorth, the site of E.on’s proposed new coal fired power station and make yourself count.
[Sorry, that’s finished]

Demand a public enquiry. Say no to new coal. It only takes a minute. Its worth it in the long term!
[Solutions bound to the system and the law: what is it the system wants more than anything?]

Switch to an energy provider that doesn’t use fossil fuels, such as Good Energy, or urge your energy provider to support renewable energy (check out your provider’s fuel mix).
[Already do the former - sod the other providers, they don’t deserve your money]

Discover the alternatives to coal and the pathway to a Zero Carbon Britain by 2027.
[Ok, at last we’re talking about reducing consumption - which is the only option. Why isn’t this at the top? In fact Zero Carbon Britain is still entrenched in civilization, so is doomed to failure]

I understand that the people who set this site up want to remain civilized and would love to see a world where they can carry on living in the same way but with no impact. Anyone who knows about economics, commerce and politics knows that this is impossible; I recommend a certain online book [

http://www.amatterofscale.com] - maybe starting with Chapter 11 to save time - they are busy people with jobs in London that they love, after all.