last night, more than a hundred locals and other visitors filled the occupied library in friern barnet for an evening of 'save the library' cabaret. the occupiers face court on monday and tuesday as the council tries to evict them and close down the library. 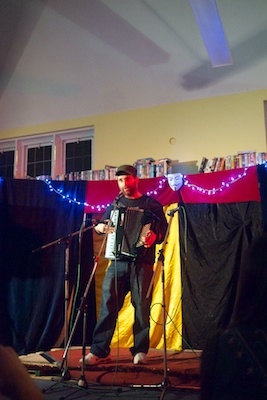 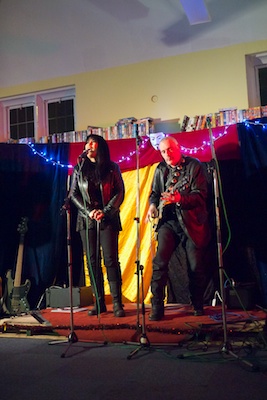 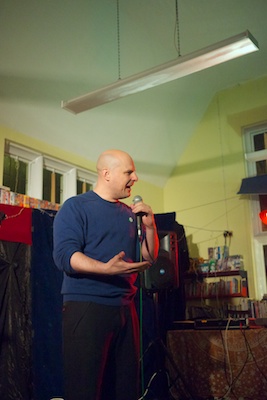 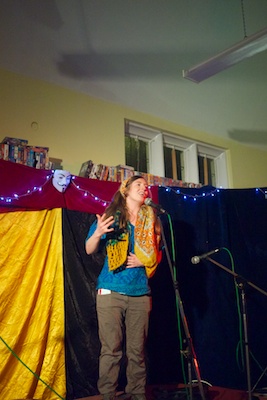 under the guise of 'austerity' measures, more than 250 and up to 600 libraries are due for closure around the country in the coming months. one of the campaigners' posters eloquently observes that 'closing libraries in a recession is like closing hospitals in a plague'. meanwhile, governments are meeting to plan further control over the internet and digital access to information, while slashing access to free education. as the then eduction secretary sir keith joseph so blatantly observed in the 70s, the last thing a government needs is an educated workforce.

barnet council. under its snappily named 'one barnet' outsourcing programme, is closing its one remaining publicly-owned building, and handing over around half a billion pounds worth of public services to the giant private company 'capita' which is set to exploit employees and run services for profit.

however, several months ago, occupiers and local volunteers took over the library building, re-opened it to the public, and began running various community events. although the project could be regarded as a fine example of cameron's "big society", most of the activists see it as a protest, unsustainable in the long-term, with the aim of forcing barnet council to reverse its decision to close the facility.

if the court goes against them this week, barristers are hoping to appeal, giving the project further time. if all else fails, there is a text list to notify people of any eviction and quickly mount a peaceful physical resistance - contact the library to join this list.

last night's fund-raiser attracted a broad range of people. among the higlights of the night were some quirky protest songs from accordianist, rodney, some great poetry from the brilliant mc angel, and from anna chen, who was also joined by the legendary charles shaar murray on guitar, a feistily-observed political comedy spot from ben crellin, and some excellent squat-themed slam poetry from cat brogan.

tonight at 7pm there will be a public screening of 'rise like lions', a beautifully crafted film about the occupy movement in the US, london and worldwide.

tomorrow and tuesday, there is a call-out for solidarity at court from 9.30am, where the council will try to achieve its aim to evict the volunteers and close down the library. on thursday, barnet residents are visiting the hq of capita to talk to them about the proposed takeover. supporters are invited to 71, victoria street, sw1 at 5pm.