PJS launches a media campaign in solidarity with prisoners

Gaza --- 25/2/2013 -- The Palestinian Journalists Syndicate (PJS ) approved several media events and field in solidarity with Palestinian prisoners held against their well and without fair trials in Israeli jails. 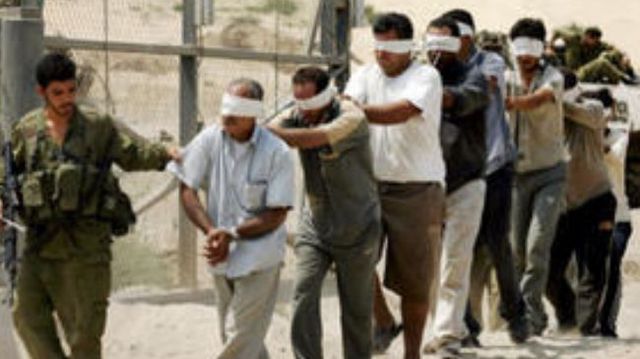 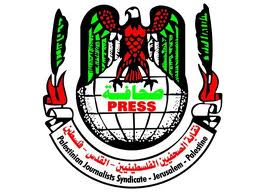 The PJS is planning a broad media campaign under the slogan "United Behind Our Prisoners."

Dr. Tahsseen Al-Astal vice president of the Palestinian journalists Syndicate stated that the General Secretariat of the journalists' union held an emergency meeting today morning in Gaza City, to discuss ways to stand by our prisoners in Israeli jails, as the issue of prisoners is a national issue and the Palestinian people are standing behind our prisoners and their just cause until they achieve their rights for freedom and independence.

Dr. Al-Astal affirmed that the campaign aims to launch a wide media campaign to express solidarity with the Palestinian prisoners in Israeli jails, and to condemn the crimes committed against the prisoners. He added that we shall expose the crimes committed by the Israeli occupation authorities and we shall demand the punishment of those who are still committing such crimes against our prisoners.

Dr. Al-Astal stated that prisoner Arafat Jaradat (30) was killed two days as a result of sever torture by the Israeli prison officers, as confirmed by an Israeli and Palestinian forensic doctors.

He explained that the first event in participation with the Palestinian Writers' Union will take place on Wednesday 27/2/2013, outside the Office of the High Commissioner of Human Rights in Gaza City, and a memorandum will be handed, demanding the United Nations, international humanitarian agencies and the international community to intervene to stop the Israeli violations against our prisoners, and demanding their immediate release.

Dr. Al-Astal thanked the rapid response of the local media outlets to organize a live coverage of the campaign, and he urged all the local and international journalists to participate in this campaign and focus their journalistic skills for the just cause of the Palestinian prisoners.