on friday, as part of the london week of action prior to the G8 in northern ireland, a few hundred people protested in the belly of the capitalist beast, canary wharf. in some ways a victory, in many ways a disappointment. 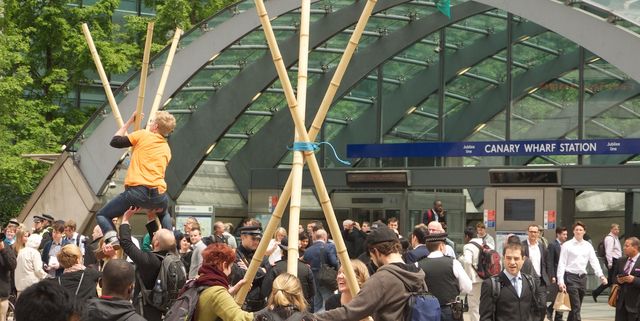 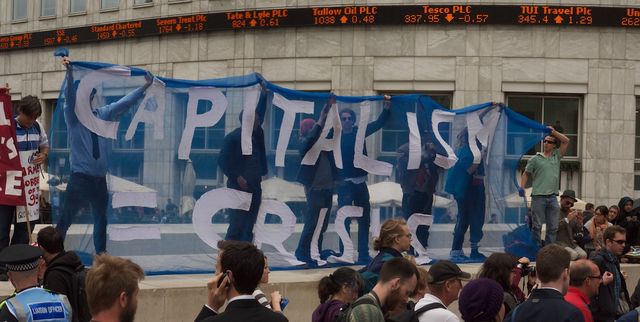 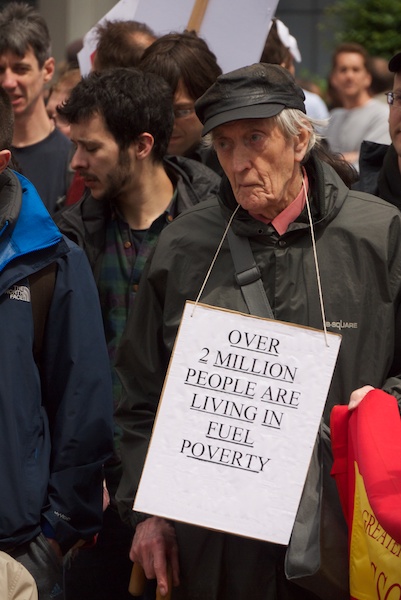 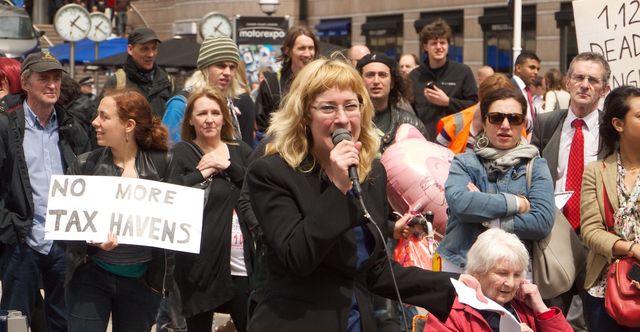 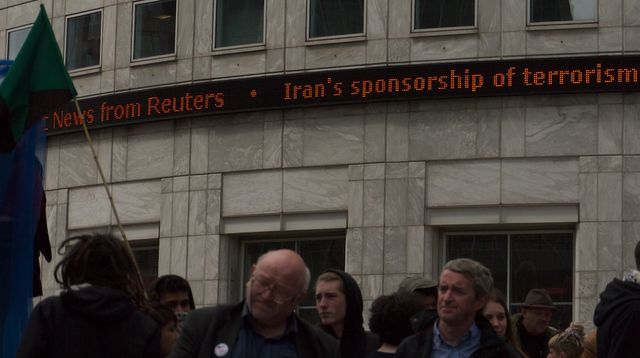 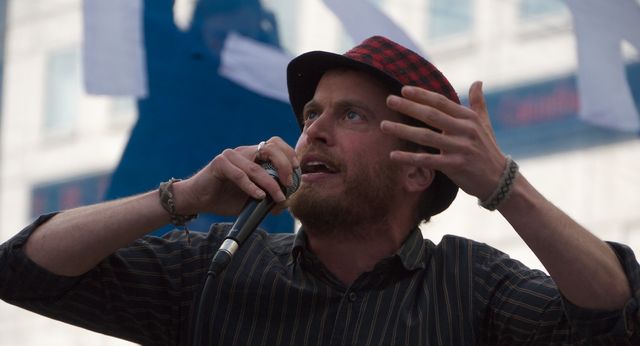 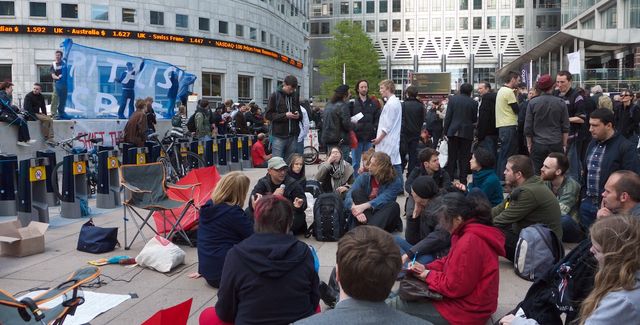 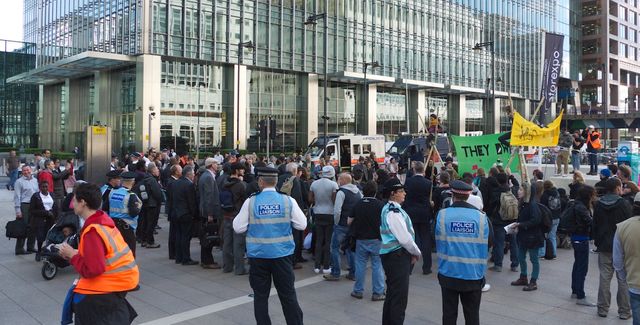 intrusion of PLOs at occupy assembly 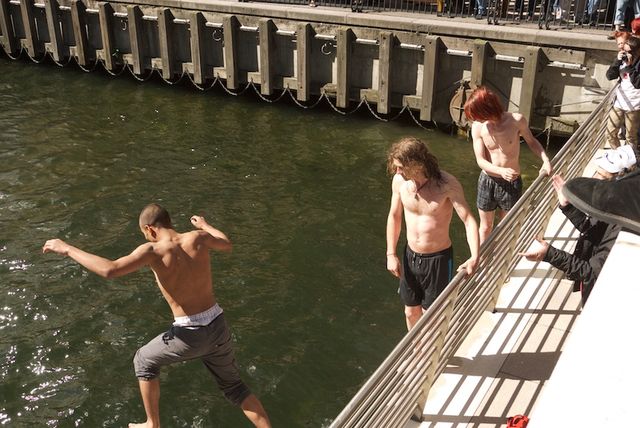 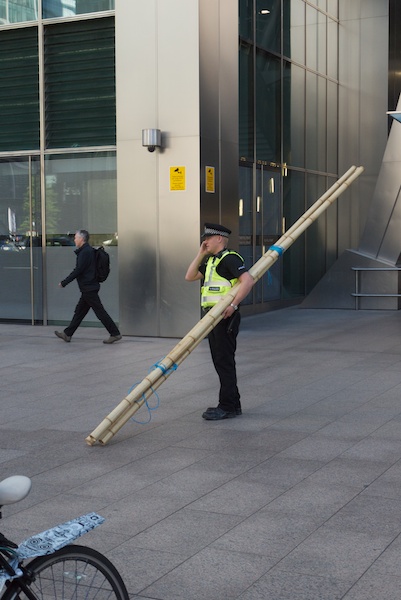 i've got some bamboo sarge

earlier this week, police, controversially and possibly illegally, stormed the convergence squat two hours before G8 protests began in the west end. the rest of the day the protest itself was very heavily policed.

on wednesday, a few dozen anti-militarist protestors were greeted by 40 vans of riot police outside the BAE systems hq in victoria.

given this background, and with a 2011 high court injunction still in place at canary wharf estate prohibiting 'any persons unknown remaining on the estate in connection to protest action', backed by the private entity's own security force, there was some concern over whether friday's 'they owe us' protest would pass off peacefully, if at all.

on the day, despite a massive police and canary wharf security turn-out, the event went ahead without hindrance. this was later described by the organisers as an 'amazing day of resistance', but i can't help feeling that the fairly small numbers and the wholly non-confrontational nature of the protest had rather more to do with it being tolerated by the authorities.

in the week before the G8, the message of the protest was that debt has become the driving force of economics, used to divide people, enslave people, and widen the gap between rich and poor. using the straplines 'they owe us' and 'shift the debt', they highlight the enormous tax breaks given to fossil fuel extraction companies, the huge bail-outs given to the banks funding these projects, and the tax evasion by corporations, connecting climate change, austerity and cuts as the inevitable outcome.

taking this message to the heart of financial capitalism was a noble idea, but with only a couple of hundred people bothering to turn out, unfortunately it became more of a curiosity to the passing bankers than a real challenge.

with loads of riot vans parked nearby as back-up, the square itself was controlled by a couple of dozen canary wharf uniformed security, several dozen police, half a dozen police liaison officers, and an equal number of undercover security men and women (easily spottable close up by their very discreet pink earpieces which looked like earplugs).

while volunteers held up a huge 'capitalism = crisis' banner, along with another which read 'shift the debt', two bamboo tripods appeared, and climbers held up a 'they owe us' banner between them. a bicycle sound system was used throughout the afternoon to present speakers, musicians and poets, while a smaller amplifier was used in a workshop area.

among the many speakers and performers were david graeber, danny chivers and pete the temp, with presentations from 'no dash for gas', londond pensioners assoc, DPAC, and ukuncut, while workshops were also facilitated by some of those groups as well as haringey solidarity group, and fuel poverty action. all this took place between the tall towers of mammon, surrounded by expensive waterside wine bars, near to a motor show exhibiting the latest high-end vehicles from the likes of jaguar, and under a huge orwellian rolling news display that told us iran was funding terrorism and the london stock exchange was down a couple of points while house prices were at their highest.

by the time the 'occupy assembly' was called, people were drifitng away, and there were maybe a hundred people involved while others sat around in the sun and a few decided to have a very cold dip in the water.

at the end, the bike sound system headed south to the 'food liberation front' event at crossharbour, followed by a few dozen activists and of course a lot of police.

if this report sounds a bit negative, i just want to clarify i have nothing against the organisers - they worked hard to put together an interesting and informative afternoon. i also believe that all forms of protest are worthwhile, from letter-writing to direct action, and it is important to try and find grounds for engagement and solidarity rather than sniping at people whose approaches differ from others. i guess i'm just disappointed at the turn-out and i wonder what it's going to take for more ordinary people to realise we/they CAN change things and it's worth taking to the streets.