20 photos from the march and rally for Gaza August 9th 2014 in Edinburgh. 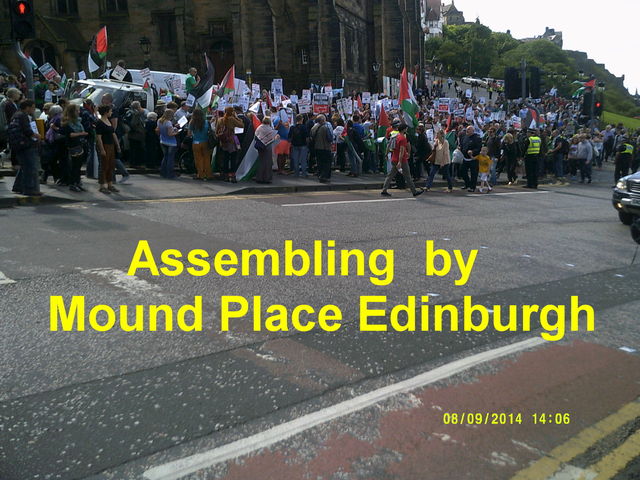 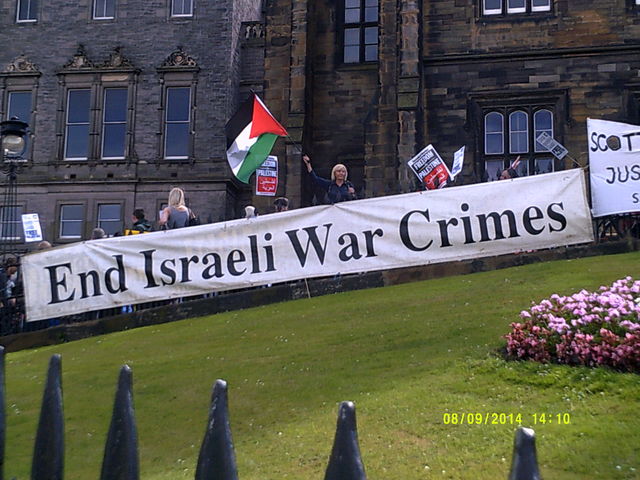 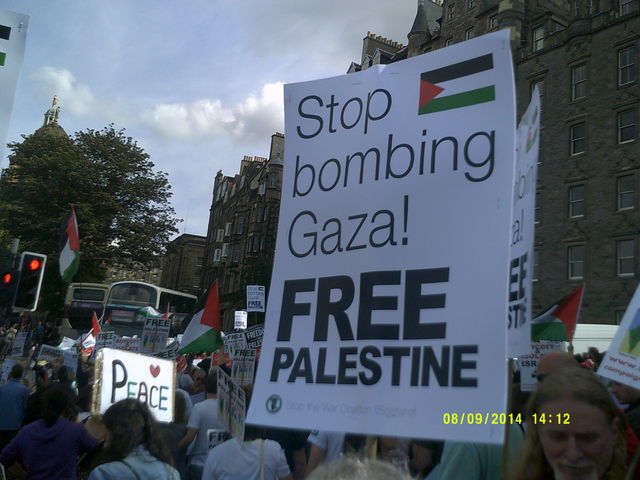 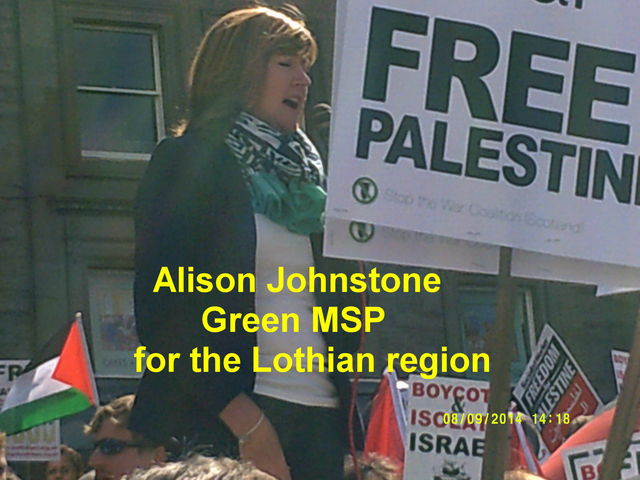 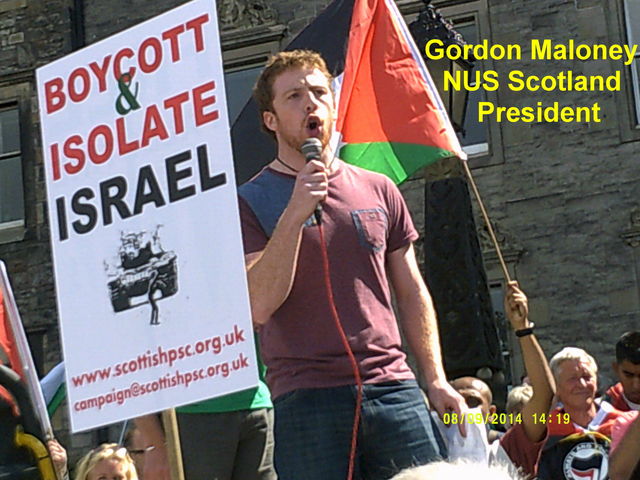 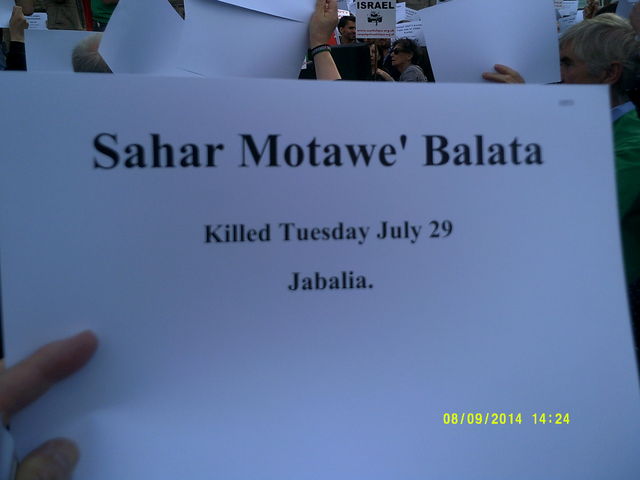 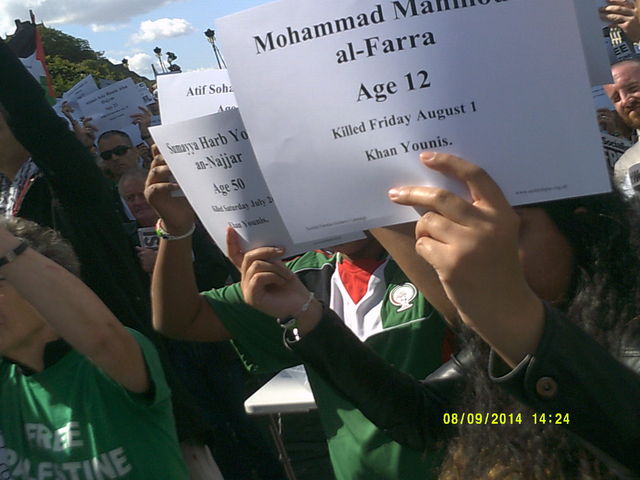 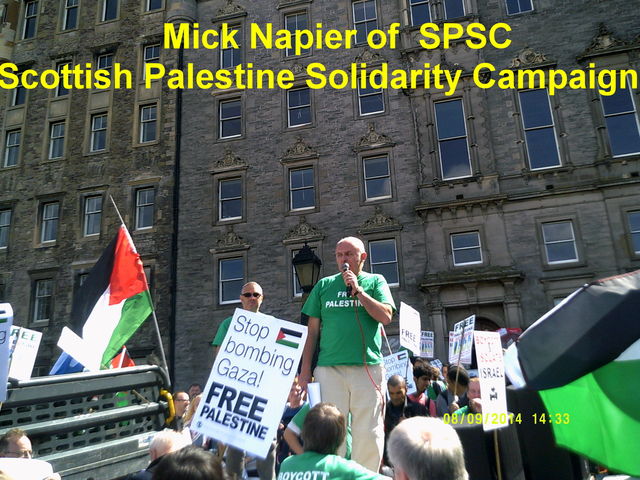 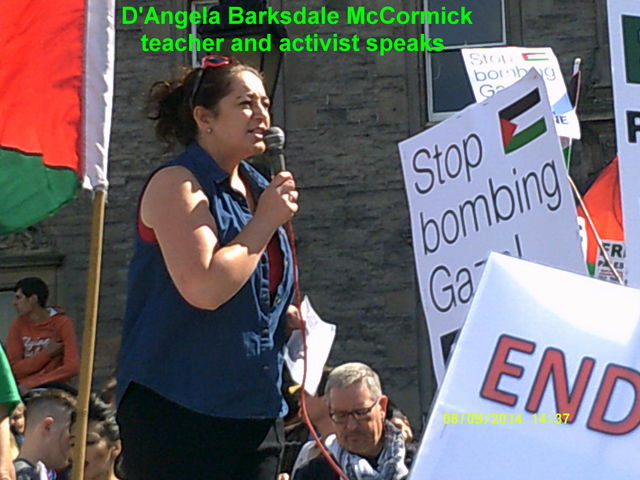 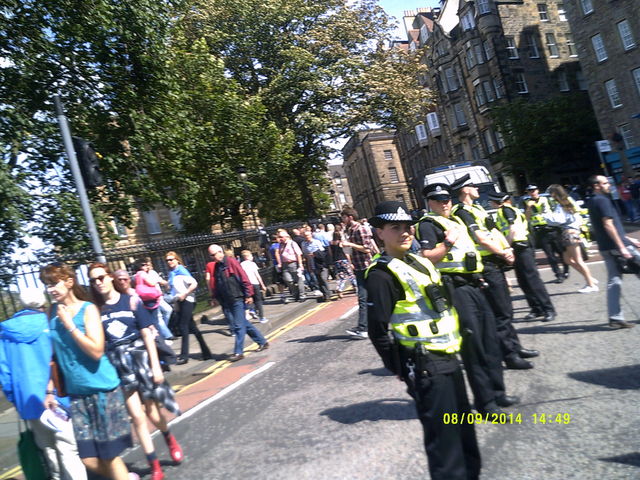 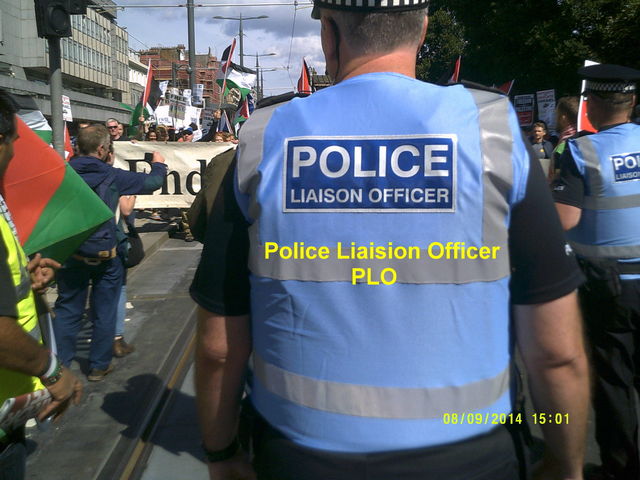 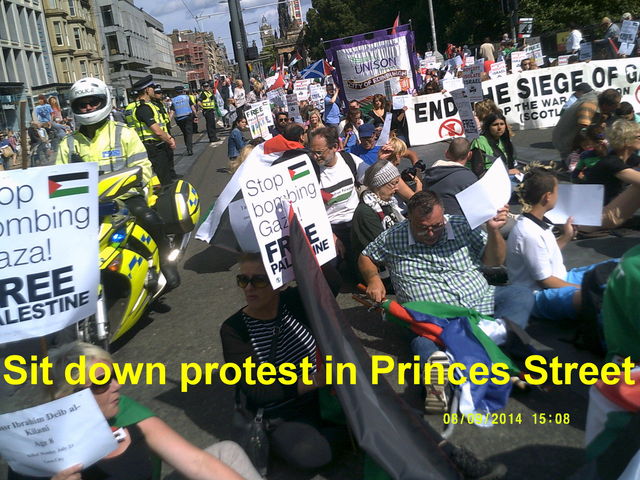 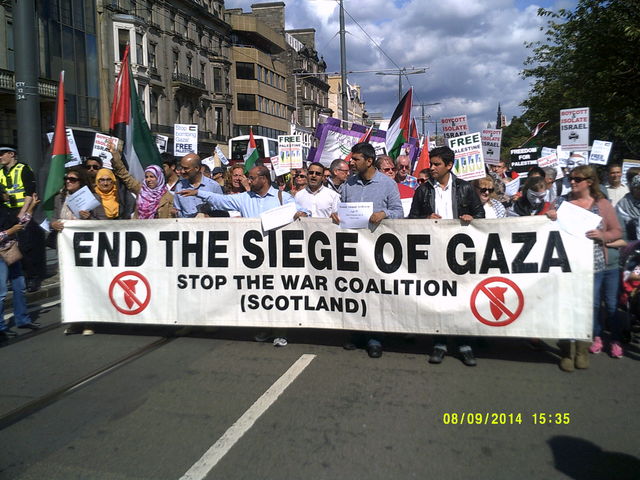 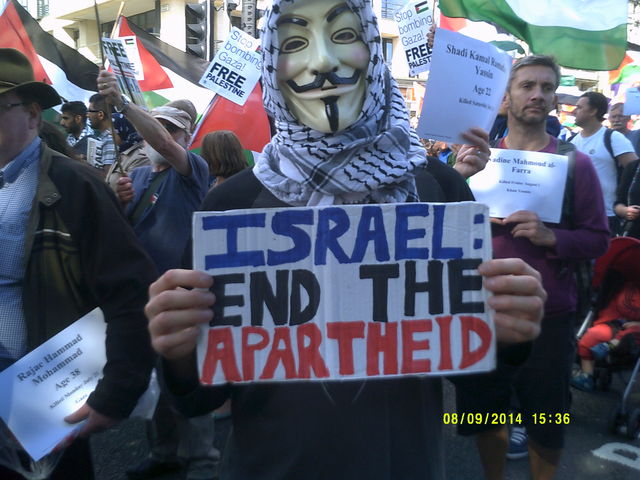 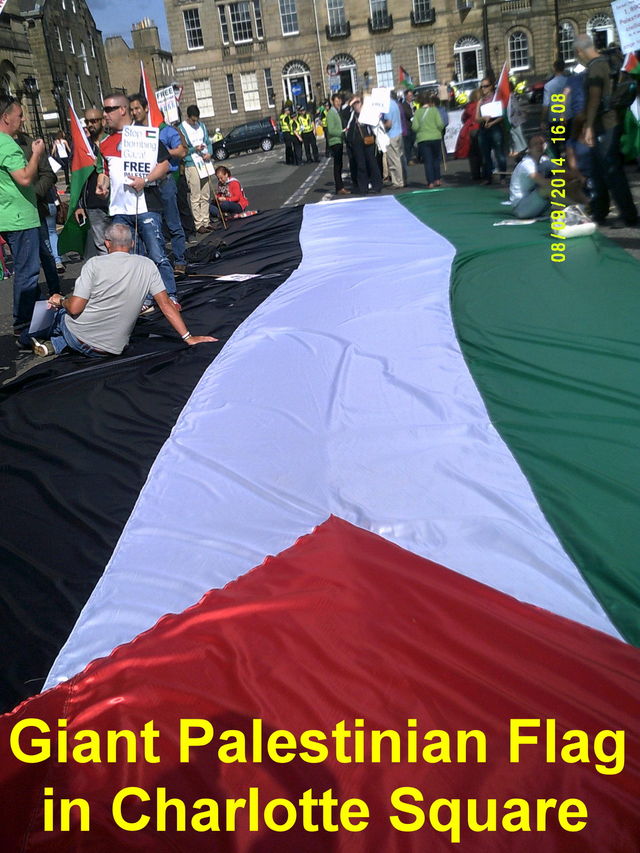 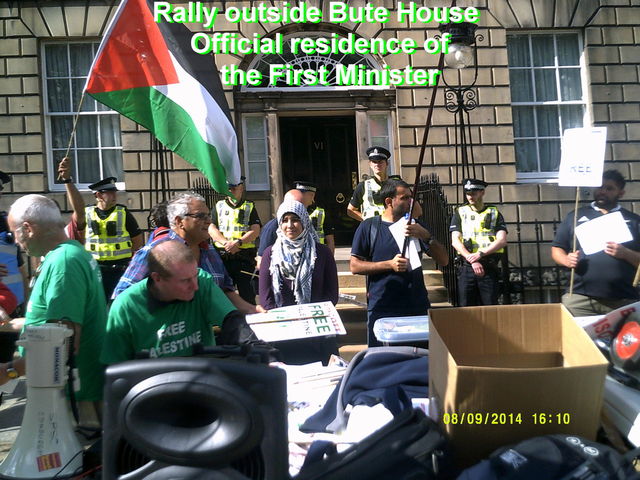 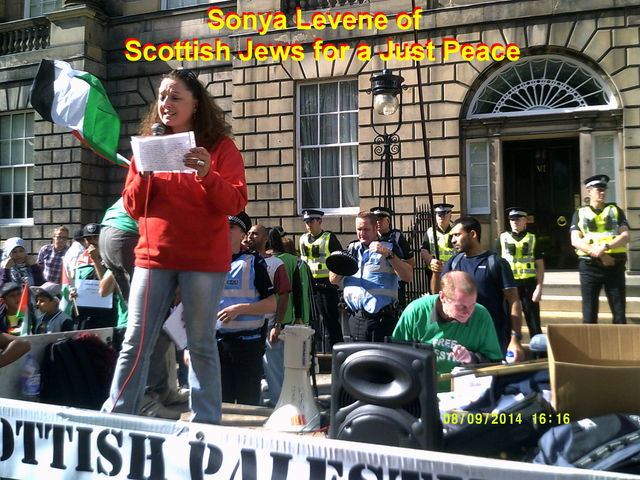 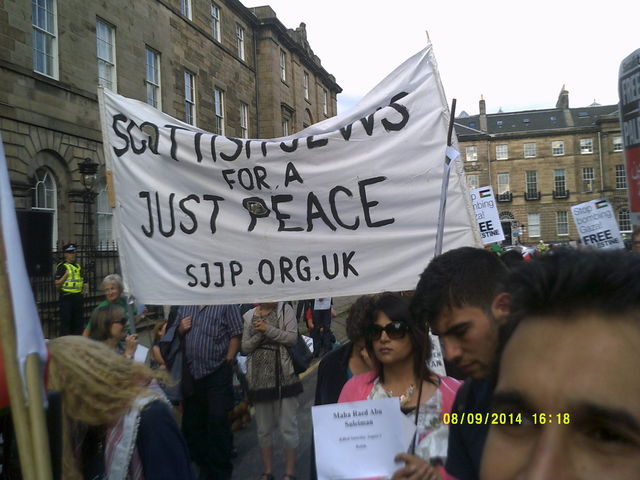 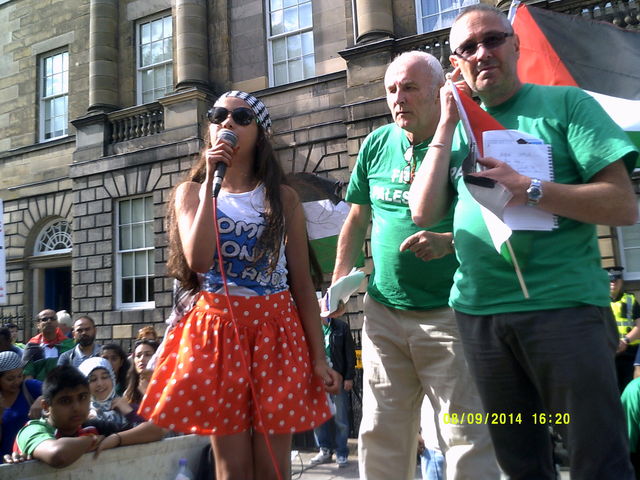 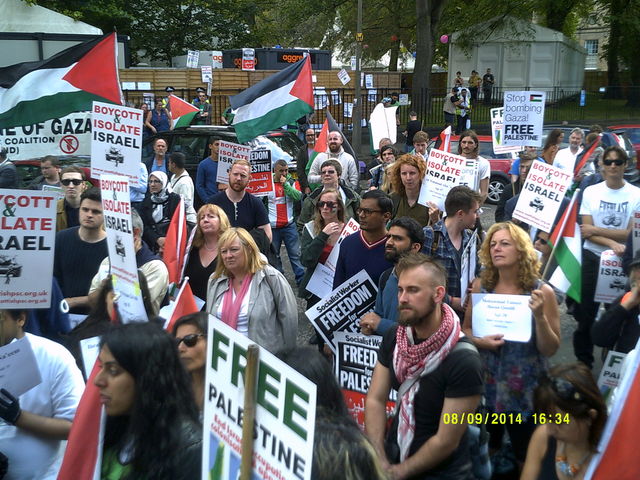 As the carnage in Gaza continues there were demonstrations across the globe with a noisy and energetic protest in Scotland’s capital city.

Saturday 9th August 2014 saw demonstrations in London, Edinburgh and around the world for Gaza: The turnout in London was very impressive with an estimated 150,000 taking part. Although the Edinburgh event was smaller it was very visible.

In Edinburgh around 2,000 marched from the top of the Mound near the old Scottish Parliament to the House of the First Minister Alex Salmond in Charlotte Square in the West End.


At 2.00 pm around 2,000 people assembled by Mound Place near the general assembly hall of the Church of Scotland and listened to speeches from Alison Johnstone Green MSP, Mick Napier of Scottish Palestine Solidarity Campaign, activist D’Angela Barksdale McCormick and Gordon Maloney of the Scottish NUS.

Green MSP Alison Johnstone said that Israel’s blockage of Gaza is a flagrant violation of International Law. She urged the crowd to boycott Israeli products. The other speakers expressed similar sentiments.

After the speeches there was a march and sit down in Princes Street which stopped the traffic for about an hour and was very visible to Festival goers and shoppers. There was followed by a rally in Charlotte Square outside the residence of the Scottish First Minister which included a speech by Sonya Levene of Scottish Jews for a Just Peace. Sonya famously burned her Israeli passport outside Downing Street in London in protest against the Gaza massacres.

On Saturday 9th August there were protests in Berlin, Paris and Washington DC and all around the globe.

On Thursday 14th August there was a demonstration by Oxfam in London’s Parliament Square: More than 150 men, women and children squeezed into tiny wooden boxes in Parliament Square as part of an Oxfam protest to highlight the suffering caused by the blockade on Gaza.

More action is planned for Saturday 16th August including a demonstration outside the Raytheon plant in Glenrothes, Fife at 3pm.