This is an open letter to Foreign Secretary Philip Hammond to demand the immediate release of Shaker Aamer who has been illegally detained in Guantanamo for an incredible 13 years without charge. 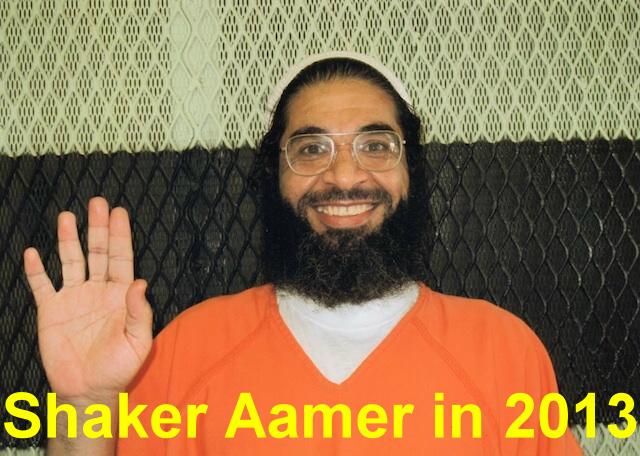 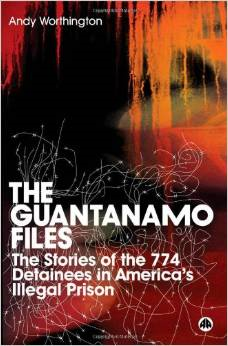 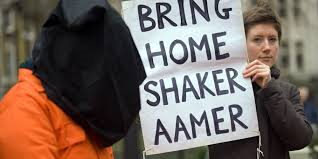 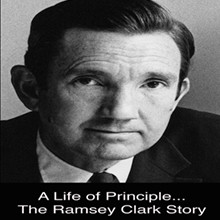 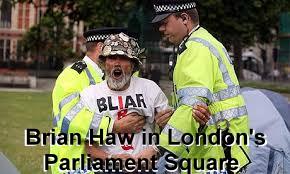 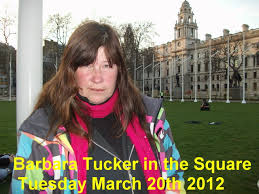 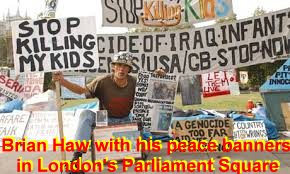 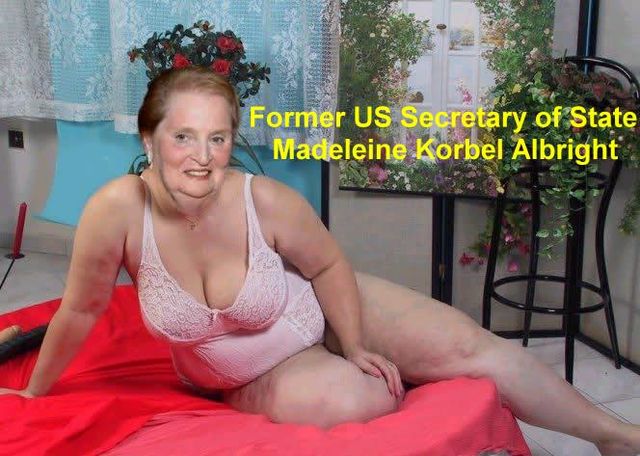 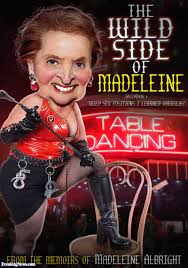 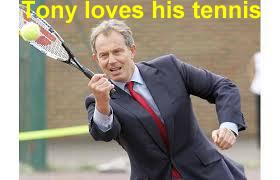 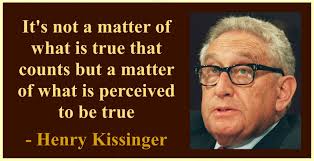 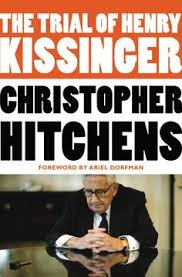 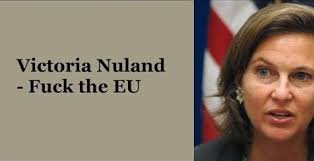 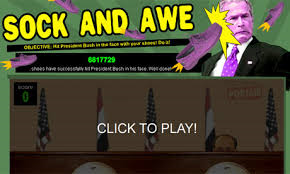 I wish to express my utter outrage at the continuing illegal imprisonment of British citizen Shaker Aamer.

Mr Aamer is represented by lawyer Clive Stafford Smith and the organisation Reprieve.

Shaker Aamer was taken, hooded and shackled, to the prison camp at Guantánamo Bay on the same day his youngest child was born – a child he has still never met, touched, or even seen.

Reprieve began representing him, and Shaker was cleared for release in 2007. This process required no fewer than six US government agencies to agree that he had done nothing wrong, yet he remains imprisoned. Reprieve continues to fight for Shaker’s return to his family in the UK.

Shaker is a permanent UK resident, married to a British woman, with four British children living in London. He was volunteering for a charity in Afghanistan in 2001 when he was abducted and sold for a bounty to US forces. He was tortured, and eventually cracked, agreeing to whatever his captors accused him of doing. Satisfied with the confession of an abused and broken man, US forces took him to Guantánamo Bay on Valentine’s Day 2002.


Mr Clive Stafford Smith who is Reprieve’s Director and Shaker’s lawyer said:
“I have just returned from a visit and the brutal nature of the Forcible Cell Extraction – to which Shaker is subjected probably more than any other prisoner – is only getting worse. Mr Hammond says that the UK is doing all it can to help Shaker but if it were his son or brother being beaten up every day, he would show a little more interest in evidence, and a little less in bland and false denials. It is far past time that Shaker was home with his wife and children.”


Reprieve which was set up by Clive Stafford Smith in 1999 is an organisation of courageous and committed human rights defenders. Their commitment to justice and human rights along with that of other notable human rights lawyers Michael Mansfield QC, Louise Christian QC, Gareth Pierce QC and Phil Shiner put to shame the twisted and perverted actions of lawyers like US President Barack Obama and the various recent US Attorney Generals such as Eric Holder and Alberto Gonzales. Alberto Gonzales called the Geneva Conventions which the US and British Governments have sworn to uphold as `quaint`.

A lawyer who I think the current US and British Governments could learn much from is former US Attorney General Ramsey Clark who initiated war crimes tribunals for George Bush senior and junior after their respective and totally illegal attacks on Iraq in 1991 and 2003.

Sara Flounders who is the co-director with Ramsey Clark of the International Action Center issued a background statement on behalf of the IAC Jan. 29th 2013 which put in context the current situation facing the 9/11 prisoners and others held by the U.S. around the world:

“According to U.N. investigations in 2010 there [were] more than 27,000 prisoners held by the U.S. in more than 100 secret prisons around the world and on 17 ships as floating prisons. These are almost entirely Muslim prisoners.
“According to the Center for Constitutional Rights, 92 percent of the prisoners held just at Guantanamo are not ‘Al-Qaeda fighters’ by the U.S. government’s own records, and 22 were under 18 years of age when captured.”


Please remember that Shaker Aamer has not even been charged with a crime let alone convicted of one. His incarceration, torture and humiliation are a negation of the supposed `civilised` values that Britain aspires to. He was cleared for release in 2007 – that’s eight years ago – this is quite fantastic – what is an innocent man doing in prison for so long – over a decade now when he has committed no crime?


On the other hand I can think of certain dangerous terrorists who might benefit from a spell inside. I am thinking of former US Secretary of State Henry Kissinger whose saturation bombing of Vietnam, Laos and Cambodia caused the deaths of some six million people. Incredibly not only has he never been punished for his hideous crimes but he actually received the Nobel Peace Prize in 1973 and equally disgracefully was awarded a knighthood by Britain in 1995.


When was the last time a Muslim country attacked Britain and kidnapped hundreds of British citizens and then imprisoned them for not years but decades as is the case of those illegally held in Guantanamo?


Recently after the terrible shootings in Paris there have been calls for Muslims to `integrate more` and to `condemn violence` and respect the values of the (Western) countries they live in. This is staggering hypocrisy of the first order. How about the British, US and indeed French governments respecting the rights of millions of defenceless human beings in countries like Afghanistan, Iraq, Syria, Libya, Yemen, Pakistan etc.? All of these countries have been savagely bombed by the `leader of the free world` Mr `Hopey Changey` Barack Obama. He was awarded the Nobel Peace Prize in 2009 and then goes on to bomb no less than seven (7) countries – all with a majority Muslim population.


A man who courageously spoke out against Western atrocities is whistle blower and founder of WikiLeaks Julian Assange. He is a virtual prisoner in the Ecuadorian Embassy in London and like Shaker Aamer has committed no crime. Yet he is guarded like a prisoner by armed police patrolling outside and the cost of this farcical operation now exceeds £10 million.


In another upmarket part of London former Prime Minister Tony Blair is guarded at obscene expense by another set of armed police – but they are there to protect him, not arrest him.


I am also disturbed by the continuing harassment of American peace activist Kathy Kelly. Kathy Kelly is a co-coordinator of Voices for Creative Nonviolence and a co-founder of Voices in the Wilderness, a campaign to end economic sanctions against Iraq. She and her companions helped send over 70 delegations to Iraq, from 1996 to 2003, in open defiance of the economic sanctions. She has been arrested and imprisoned many times by a supposedly fair and free legal system. For the next 3 months Kathy will live at FMC Lexington, in the satellite prison camp for women, adjacent to Lexington's federal medical center for men. In December, 2014, Judge Matt Whitworth sentenced her to three months in federal prison after Georgia Walker and she had attempted to deliver a loaf of bread and a letter to the commander of Whiteman Air Force base, asking him to stop his troops from piloting lethal drone flights over Afghanistan from within the base. Judge Whitworth allowed her over a month to surrender herself to prison; but whether you are a soldier or a civilian, a target or an unlucky bystander, you can't surrender to a drone.


There was a parallel situation for many years in Britain when London Parliament Square peace protester Barbara Grace Tucker from Melbourne, Australia was arrested an astonishing 48 times in her seven years and three months of living 24/7 opposite the `mother of all parliaments` between December 2005 and March 2013. The charge in most of these arrests was one of `unauthorised demonstration` - come again? Unauthorised demonstration – what, in a democracy? Barbara was on one occasion arrested without a warrant which is illegal and was on another occasion subjected to a terrifying experience by six burly members of the TSG – the Territorial Support Group. They held her in unlawful stress positions in London’s Belgravia police station and she nearly suffocated.


Her colleague on the long running campaign was Brian Haw who initiated the peace campaign in June 2001 to protest the sanctions on Iraq which claimed a million lives. Brian who camped outside Parliament for 10 years, was awarded Channel 4 News' Most Inspiring Political Figure in 2007 when he got 54% of the vote easily beating then Prime Minister Tony Blair and current Prime Minister David Cameron.


The list of war criminals could be lengthened by adding the former Prime Minister Mr Blair who took Britain to war no less than five times in his first six years in office. He attacked Iraq in 1998 and 2003 as well as Kosovo in 1999, Sierra Leone in 2000 and Afghanistan in 2001. Now incredibly he is a peace envoy to the Middle East. He has not brought much joy to the people of Palestine especially Gaza. This month three people have frozen to death due to the lack of heating after the Israelis blew up the main power station in Gaza during their genocidal attack last summer called `Operation Protective Edge` which resulted in the deaths of over 2,300 people many of them children. What is being done to help the people of Gaza?


Shaker Aamer continues to be illegally held despite repeated broken promises by Barack Obama to close the hell hole that is Guantanamo.


Tony Blair was (incredibly) given an award by the charity Save the Children`. What next? Will Madeline Albright get next year’s award? Perhaps two new awards could be created – one could be called `Bomb the Children` which Blair would certainly deserve though Obama would run him close. How about an award of `Starve the Children` for `Monster Madge` Albright who boasted that the deaths of half a million children in Iraq was a price `worth paying`.


I think both Blair and Albright ought to be sent to Guantanamo for 13 years – they could share the cell which will (hopefully) be vacated by Shaker Aamer soon. They should both try the `rectal rehydration` technique as practiced by the CIA and have the various other beauty treatments available at Gitmo. What a lovely couple they would make.

Maddy is rather plump so 13 years of a Guantanamo diet could help her knock off a few pounds here and there and become a really gorgeous chick who could then make prison love to a fit and orange tanned Tony. Tone loves his tennis apparently; do they have tennis courts at Guantanamo? Imagine them playing mixed doubles with George W Bush and Victoria Nuland – two other brutes who could also do with a long spell inside. Send Blair and Bush and Albright to The Hague!


Release Shaker Aamer at once and let him come and live with his family in Britain. I hope he really does embarrass the British and US governments with his revelations of the horrors of the torture and degradation he and the other inmates have suffered.

Yours in total indignation and disgust,