Mondeggi-Common-Good-Farm, a popular farmers group which occupied a 500 Acre Farm in June 2014 has recently started a "reallocation program" which basically means handing the land back to the local people in small plots. Hundreds ordinary country folk have signed up to the plan and the RECLAIM process and is well under way. The Farm is located in a very desirable (4 the rich) area strategically placed between Chiantishire and Stings mega Mansion and spread. 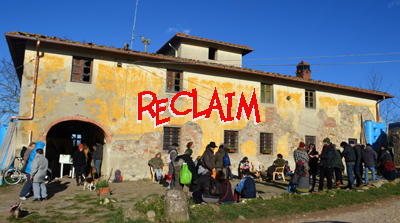 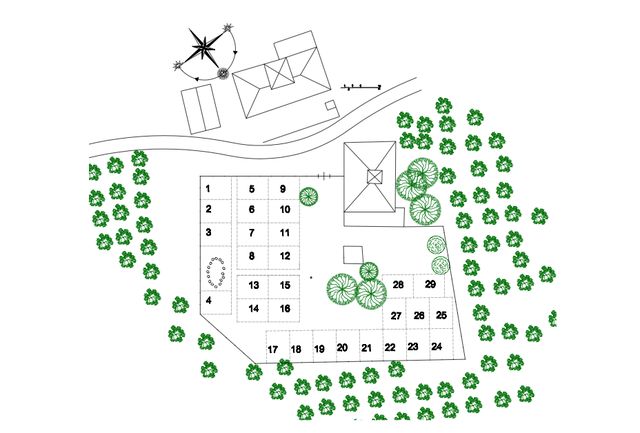 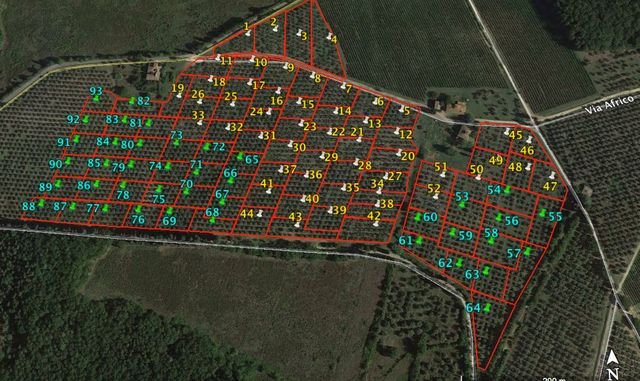 The Mondeggi Common Good Farm at Bagno Ripoli just outside Florence was originally Squatted in June 2014 when a coalition of local activists planned and occupied the land with the help of "The Genuine Clandestine" a widespread Community of farmers who participated in the occupation by sending hundreds of farmers from all over italy to help take over the farm and it's buildings. The mega occupation in the Florentine heartland is the biggest popular land occupation in Italy for 45 years. The property includes five huge Tuscan Farm Houses with a total living space of 4000 square meters. Surrounded by 200 hectares - (500 Acres) of prime Farmland strategically placed between Chiantishire and Stings extra luxurious Mansion-farm-shop "Il Palagio" at Figlinedarno . The land includes 20 Hectares of fine wine producing vines and 60 Hectares of Olive Trees, 60 hectares arable land, 60 hectares of woodland.
The farm is located in a very desirable area just a few miles outside the city centre which is usually the exclusive preserve of rich and famous elite types. The land is owned by the highly iniquitous Province of Florence a bunch of seriously dodgy political wheeler dealers more accustomed to doing business with crooked Merchants and thieves, the land would no doubt have ended up in the portfolio of a yet another dubious suspect.

The occupation was planned and carried out by a coalition of local florentine activists groups, Including Lotta per le casa : (the fight for affordable housing) Collettivo Agraria di Firenze : The Autonomous Students Collective of the Agricultural University of Florence, Il Comitato di Pozzolatico a Popular farmers group. These groups are all in favour of Organic farming on a small scale with traditional farming methods and culture. They are vehemently opposed to Industrial / Chemical methods. The people running the farm would like to adopt Permaculture as the overall farming method and are busy organising a program of FREE courses on the various aspects of organic farming.

The Story so far :
The "Common Good" Land Group of Florence launched the campaign " Mondeggi a "Common Good" Farm Without Masters " During the National meeting of the Genuine Clandestine on the 1st-3rd November 2013,
A Project which aims to recover the entire farm through the use of "peasant agriculture" with maximum respect for the environment, is considered the only viable model. With the aim to provide income opportunities and decent housing to as many people as possible

The peoples Committee "Mondeggi Common Good a Farm without Masters" was born on November 10, 2013 at a meeting of "The peoples committee of Pozzolatico (Impruneta - Florence) the first objective of the group is a restoration project to make up for years of bad management and abandon. Through agricultural practices of community farming and organic agriculture on a small-scale , which naturally contributes to protecting the environment and the landscape and the creation of wealth that is widespread in the territory following the channels of short chain .

As soon as the decision was taken to occupy the farm he project coordinators organized meetings with the local folk and invited them to help run the farm. Up to 200 people have taken up the offer. Some of these lend a hand other have taken over a small vegetable gardens. Olive Groves have also been divided up into small lots each assigned to a family so everyone will have their own olive oil.
The plans and diagrams regarding the land allocations are published on the Farm With detailed diagrams.
The Bardi family of Florentine bankers are the first recorded owners of Mondeggi in 1427. Then in 1538 it passed to the Counts of della Gherardesca. The new occupants have recently removed the brambles and other undergrowth from remains of their Aristocratic gardens some of the statues and monuments still survive and are in reasonably good condition.
The farm is also fitted with an 18th Terra cotta hydraulic drainage system built into Stone walls, which the Common Good farmers are hoping to repair it and get it up and running again.