Once "coming down the street", now cumming in their pants, all that remains of the once-famous EDL is a small gang of drug-abusing loners who have spent the winter months idly jerking off, waiting for their first march to begin. Once a mighty fascist fighting-force, now diminished to the point of extinction, the English Defence League are down to their last few footsoldiers, most having defected to Tommy's Silent Car Park Army. Having started off with a bang, jackboots on the street have dwindled with the passing of years to such an extent, nobody fears the EDL any more, like they did, back in the day. The first thing Tommy Robinson did when he awoke from his coma, was took the piss out of the pillocks of the EDL, whom he and friend Eddowes had helped put out of existence, hundreds of members grassed up and jailed, their once ferocious Facebook page flogged off for click bait. Someone close to the forlorn hangers-on in the EDL (not that many have partners), should break the news gently...... The EDL are yesterday's losers. EXIT STAGE... EDL!!! 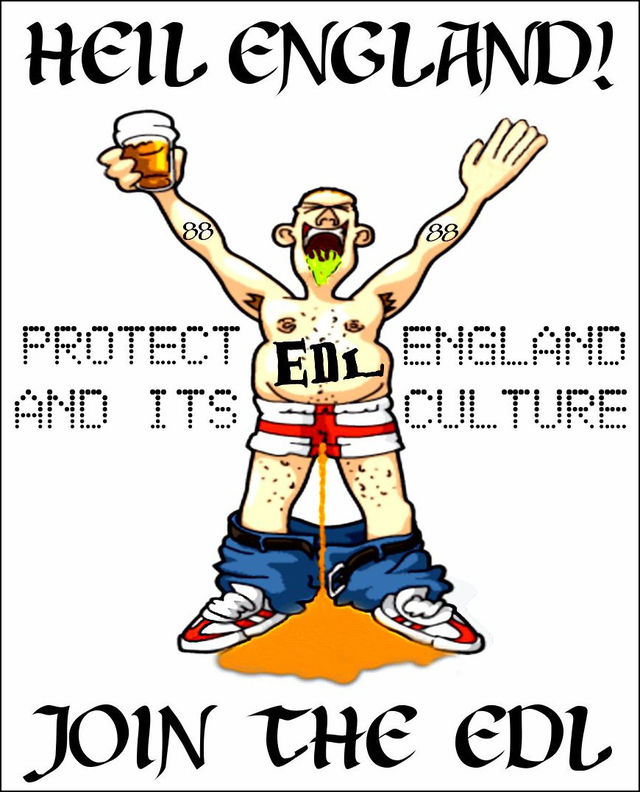 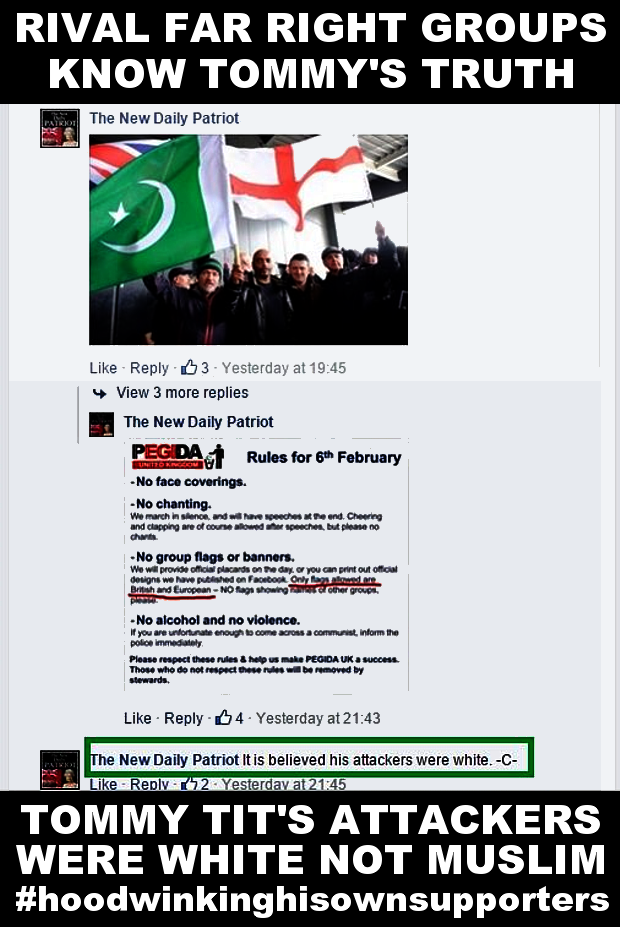 Tommy's Attackers Were White, Not Muslims 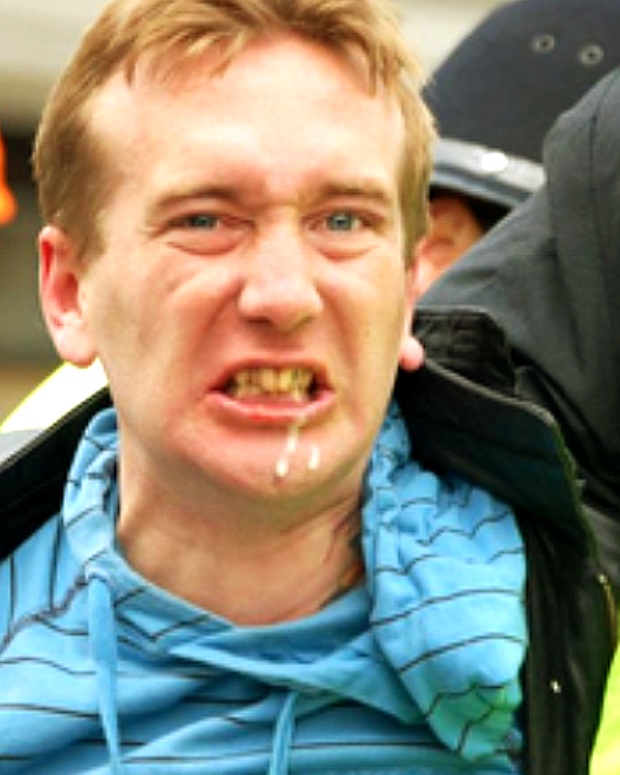 Give The Idiots Some Brains, Someone.....

When travelling half-way across the country to march against the Kerrang and Sharon Law is all you have to look forward in your miserably unintelligent lives, you know there's something seriously wrong. It might be cruel to laugh at misfortune, but we were unable to disguise our rip-roaring mirth knowing the EDL's finest specimens of masculinity were unable to get laid even within their own ranks.

The EDL Angels are no angels, they are not going to heaven, and yet, when every last Angel rejected the advances of the sad sacks on the ill-fated bus to Tower Hamlets, one of them falling headfirst out of the emergency exit window rather than getting her leg over her dour-faced fascist comrade, this really put the "loneliness' of the long distance loser" into stark perspective. Saving face, you should have skulked away to Britain First when you had the chance, claiming you had remained virgins to stay pure for Christianity.

If empathy is a necessity of humanity, I felt your intense pain when you spent all afternoon arse-up having that shockingly embarrassing EDL tattoo eye-wateringly removed jab-by-jab from both butt-cheeks in the nearest germ-infected tattoo removal clinic that you could still afford having frittered away all spare change on your Stella habit. "EDL-4-LYF" was in-fact "EDL-4-A-FEW-SAD-YEARS" between which time you held a one-man protest against OTAN.

Just to rub salt into your damaged little egos, you never quite managed to live up to your self-proclaimed role as "Taliban Hunter". They might not watch much telly hiding out in caves in Afghanistan, and aren't too partial to popular music, but you can rest assured they laughed their tits off at that Press TV video and boogied to that Alex Vegas remix, spending several years stomping around like loons screaming - "WHAT'S THAT SYMBOL", just like Mr Twatface did in Oldham all those moons ago, the EDL imbicile who suffered coke-induced nightmares about round blue logos.

Your days were numbered ever since your comedically enlightened spokesman Ryan McGarvey proclaimed Muslamic Infidels were imposing Iraqi Law in London and were armed with deadly inter-Stella ray guns. Tommy Robinson was do desperate to leave, he jumped ship to Muslim organisation Quilliam, which says all you need to know about the decline of the once-menacing EDL into a pokey crowd of hapless tosspots small-enough to fit into a phone box.

As Tommy Robinson is the first to admit, English nationalism is dead and buried, superseded by Germanic Neo-Nazism. Do what your hero and idol Yaxo suggests, and call it a day, replacing piss-ups in Wetherspoon's with trainspotting cagoules, walking shoes and sticky tape over your mouths. Walking to the same deserted car cark every month, you might even lose your beer bellies before your minds.

The last fascist cretin to call it a day, remember to turn the lights off!