LESS THAN thirty brazen little crybabies escaped the clutches of mummy and daddy to parked their prams in Hyde Park for their annual Teddybears Trump Picnic, whilst policemen in riot gear stood guard for the nasty big bogeymen from the UAF, who had threatened to turn up and spoil the fun of the little Angels and cherubs of the EDL's Hitler Pre-School Division. Sealed off in a secluded part of the park, crouching on a bed of used condoms and dog dirt, when the policemen's backs were turned, several several wee nationalists got up to mischief, squatting down, emptying their diapers onto the grass. Several nationalist babies worse for wear, slipped face-first on faeces, proving a welcome diversion to the monotony of the same old tired and worn speeches. 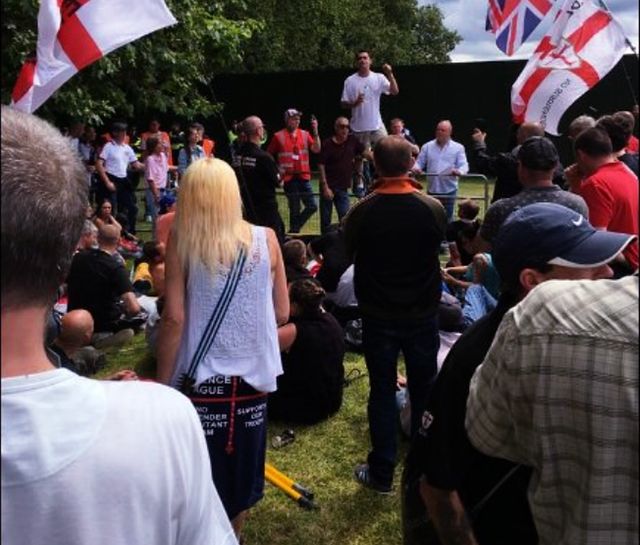 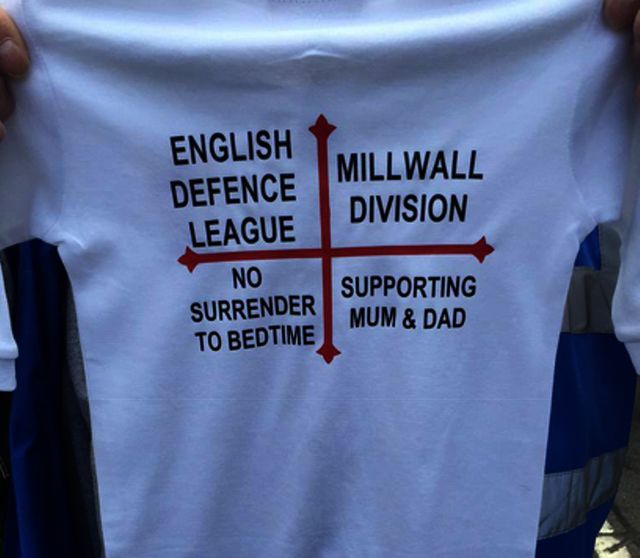 Things didn't go as planned for Rotherham tent-dweller Ian Crossland, the fuming fuhrer Ian Crossland throwing an almighty tantrum, getting his diapers in one hell of a twist, when mid-way through his speech, world leaked out to the gathered toddlers that Gail Speight had crawled into the crib of a random black man, just to spite him. Spitting out his Stella-dowsed dummy, he cried, and cried, and cried, until some kind little EDL Angel consoled his fragile fascist ego with a soggy handkerchief coated in spittle, however the damage was already done, those EDL brats who had learnt their fourteen words before their alphabet, pointing out that little Ian's under-developed Aryan micropenis was not up to the job.

Vengefully, Crossland initiated a party game with a mischievous twist - pass the white dust parcel, setting the ball rolling with wraps of cheap adulterated marching powder passing from EDLer to EDLer. Every time the cheap coke reached the nostrils of a fellow patriot he who had attended an NEI march, or failed to "lend him a fiver" for cigarettes, he went "boo-hoo, boo-hoo" theatricality, and with a nod and a wink, his betrayed comrades were handcuffed and rushed into a waiting mobile creche for punishment.

When most of his fellow EDLers had been arrested for possession, those remaining hinted he was a naughty little grass and not fit to be EDL leader, so the cunning little child timely threw his toys out of the pram, playing the victim, always ensuring it ended happily ever after.