The Pebble Mill social centre is the latest squatted social centre project by the Birmingham Social Centre collective. Last year the group made up of local squatters and activists took over the Whit Marley, an unused factory in Stirchley and reclaimed it for the local community.

The Pebble Mill Social Club was part of the BBC Pebble Mill studios site in Edgbaston, Birmingham and has been left empty for 8 years. The building has now been reclaimed and hosts regular events. 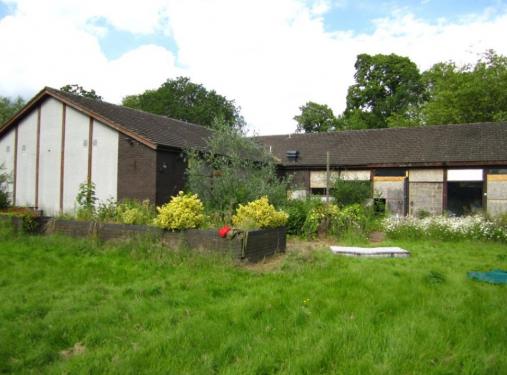 Birmingham has Britain’s youngest population, its also the city with the highest youth unemployment , the largest council cuts, most abandoned buildings and the highest rate of homelessness in the country. https://birminghamsocialcentre.wordpress.com/2011/11/21/what-next-for-the-birmingham-social-centre/

The aim of the project originally was to draw from the history of Squatted social centres in places like London and Bristol as places that bring people together and become centres of local and national activism. To reclaim and make use of the abandoned buildings and use the space as a radical place for social empowerment.

The Whit Marley became the centre for a revitalized activist scene in Birmingham, hosting regular parties, music, cinema, talks, debate and workshops. It attracted local activists as well as local residents, many of whom otherwise wouldn’t have met, resulting in many new groups being formed such as the Birmingham Green & Black Cross and Food not Bombs. It was used as a meeting and planning space by existing groups and was used as a convergence and planning space for the protests against the Liberal Democrat party conference in September.

But it was more than just a space for local activists however, the free library resulted in a book club being formed, a skate park being built and used by local youth and a community garden was made in which vegetables were grown and used by anyone who wanted them. The free tea shop was a place where people dropped by for a chat. It also became a hub for local artists and musicians with regular art / graffiti exhibitions and open mic nights being hosted. It resulted in a unique mixture of activists with members of the local community that otherwise wouldn’t normally have happened.

After the Whit Marley was evicted people continued to meet and organise with the people they’d met there with new projects still being created like the Birmingham Free University.

Now that the Birmingham Social centre has a new home at Pebble Mill it has carried on where the Whit Marley left off and has already hosted a graffiti / art day, hosts weekly free meals after the General Assemblies held every Thursday and is used as a base for Food not Bombs. The field at the back has offered a great opportunity and a lot more space to expand on the community garden project at the Whit Marley, with people practicing permacultre and organic gardening techniques.

Two weeks after opening Birmingham experienced serve rain fall, with a months worth of rain falling in an hour which resulted in the river which runs along side the social centre to burst its banks. This caused a flash flood and the building was knee deep in water within half an hour, its residents barley having time to evacuate. Within two days however the building reopened to the public after a clean up operation involving residents of the squat and its supporters who fixed most of the damage caused by the flood and are determined to keep it open.

There are several music events planned, comedy / spoken word events and regular film nights also planned. Like the Whit Marley there is a free shop and free library.