Kick Israeli Apartheid Out of Football

On Saturday, 24th March, England played Israel in a Euro 2008 qualifying match. A group of activists picketed the Football Association in Soho Square calling for a Sporting boycott of Apartheid Israel [Newswire Report]. 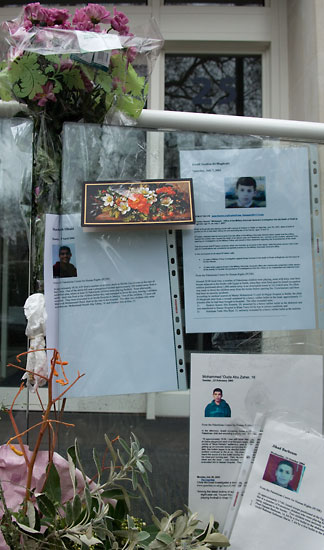 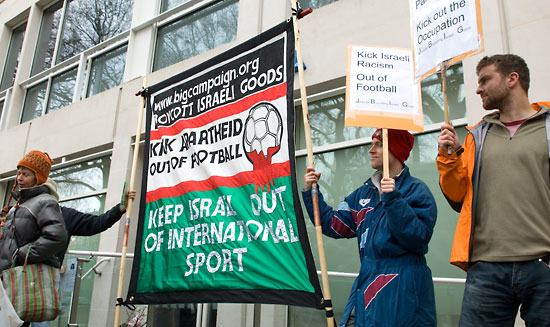 The Palestine Solidarity Campaign, Boycott Israeli Goods campaign and Jews For Boycotting Israeli Goods, who participated in the vigil outside the FA, are responding to calls from Palestine and calling for a boycott of Israel until it complies with international law and universal principles of human rights. On 9 June, 2005, a coalition of Palestinian Civil Society Organisations issued a "call for boycott, divestment and sanctions against Israel until it complies with international law’.

The vigil signals the start of a larger campaign in protest against Israel’s inclusion in Euro 2008. England are scheduled to play Israel in London this September.