Nottingham City Council Chief Executive, Michael Frater, is to resign from the Council £230,000 better off after Councillors agreed the details of a pay-off earlier in the month. In spite of the Evening Post's attempts to present Frater as the hero, battling against evil Council Leader Jon Collins, some people aren't so sure.

Claims have been made that Frater engineered a series of confrontational situations in order to secure his departure. Whatever the truth of the matter, he has supported a number of highly expensive and unpopular projects during his time in Nottingham, including spending £52,000 on a beach party in Cannes to promote the city, £387,000 commissioning an instructional play for Council staff, £350,000 on turning the Market Square into an ice rink not to mention £25,000 on the dreaded library uniforms.

This is not to let Jon Collins or the rest of the council off the hook. When not trying to buy votes, Collins and co are busy closing public facilities for their corporate chums to start more profitable developments. 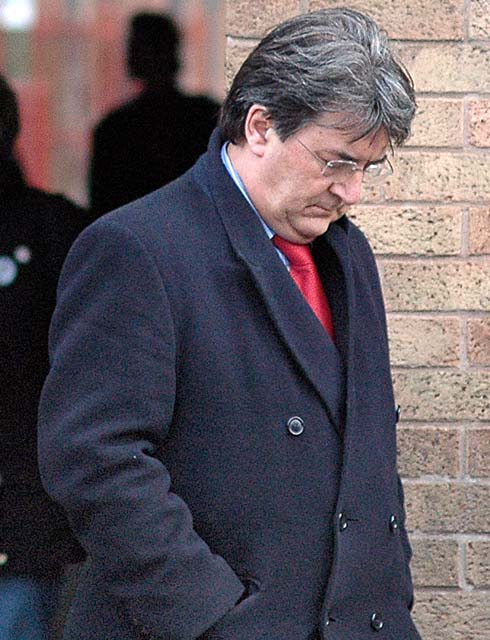 Michael Frater is the 3rd Chief Exec to leave Nottingham in the past 6 years. Pay-offs to the previous Chief Execs were £110,000 and £153,000 bringing the total amount Nottingham City Council has spent on getting rid of disgruntled execs to around half a million pounds. It looks like there's quite a bit of money to be made in not getting along with your colleagues if you're a Chief Executive. It's good to know that our taxes are being well spent.

It's not the only area in which Frater has been frittering away money. At the start of the month, by which time it is claimed he had already moved his furniture back to Telford, he was enjoying himself at a Nottingham City Council funded £52,000 beach party on the Cote d'Azur. Apparently he was wooing developers to invest in Nottingham at an international property show. It seems that we don't have enough luxury flats in the city centre, making private profit for their millionaire owners whilst pushing affordable housing further into the periphery.

Frater has also come under fire for his commissioning of a play to improve public services. Rather than engaging in dialogue with Council employees, Frater thought that it would be better if actors presented the issues according a Council-approved script. This propaganda effort was to be directed at 3,500 Council workers and cost £387,000, more than £100 per person. Why the money couldn't have been spent taking concrete measures to address the problems staff face was never addressed.

The former Chief Exec was also responsible for the massive PR campaign that changed City Council colours from a dark green to lime green, and plastered the words 'Ambitious', 'Clean' and 'Proud' over every available surface. This rebranding of Nottingham seems to have been another triumph of style over content. Wouldn't it have been more 'Ambitious' to have spent the money tackling the city's problems? The decision to bring in uniforms for a wide range of Council staff, including library staff, was part of the rebranding scheme, and the idea has proven to be deeply unpopular with staff and library users.

The council have not waited around to find a replacement for Frater. Jane Todd has been appointed as "consultant chief executive" for twelve months while a permanent holder for the post is found. There has been surprise that interviews for the job weren't held and Todd's longstanding membership of the Labour Party has only compounded the impression that this was some sort of shady backroom deal.

Whilst it's easy to focus on one individual, we should not forget the whole environment in which this person has been allowed to flourish. Nottingham City Council have a habit of investing large amounts of money in vanity projects, and cultivating a warm relationship with property developers and the business community at large. Who can forget the the £7.2m spent on making the Market Square less attractive to skateboarders? It was later revealed by Labour party propaganda leaflets that £2.2m of the cash was coughed up by private developers. What motivated them to give such a large amount of money to the Council? Since then the square has hosted a number of cheap (and not so cheap) vote-winning bits of fluff, like the opening party, conversion to a massively energy inefficient ice rink (sponsored by power corporation E.On, price tag £350,000), and now the Nottingham Eye. What was once an open public space has been turned into a Council and business cash cow.

In marked contrast to the glossy public facade, there have been rather murkier dealings going on behind the scenes. When Council workers have tried to speak out about them they have found themselves being gagged. For example, last year the Council controversially merged its welfare rights department into the housing benefits department, leading to a real possibility of 'conflict of interests' for the staff affected. They would now be expected to give 'impartial' advice on housing as well as authorising the applications. Sarah Roy, a Council employee, tried to speak out about it, but found the Council taking legal action against her, and eventually lost her job. Similarly, library staff have been threatened with dismissal if they speak out against the unpopular decision by their bosses to make them wear uniforms.

Elsewhere, the Trinity Square and Broadmarsh Centre developments continue to bring more chain stores and private profit to the city, regardless of the environmental and social costs. The Council, having sensed the way the wind is blowing, are at pains to emphasise their environmental credentials wherever possible, but grassroots campaigners are not convinced. A particular point of contention has been the Council's support for the Eastcroft incinerator, a major producer of greenhouse gases and toxins. The incinerator costs £1,000,000 of taxpayers' money every year to maintain. Nottingham has also been notoriously poor at recycling, coming 3rd from bottom in a national league table.

The Council has also been accused of using draconian measures to crackdown on the socially excluded. The homeless and beggars have been virtually erased from the streets near posh developments and commercial property in the town centre, and CCTV cameras have been installed at an alarming rate... even though a recent survey suggests that people have little faith in them. The Council top brass turned out in force when the Government's 'Respect Tsar', Louise Casey, came to visit the Meadows, but an Indymedia reporter found little evidence that the Council's measures were doing anything to help locals. As is the case in other policy areas, the Council's priorities are in cosying up to those with big money, not ordinary people.

Thanks, this is a brilliant and really well-written piece, that pulls together so much of what has been happening. Indymedia at its best!

Just in case, after reading it, anyone might come away thinking how lucky we are to have this caring, democratic, environmental, selfless council, it's also worth considering its green record in its own premises. Where I work (council premises), computers must be switched on at all times, energy-efficient bulbs are not used (too expensive, I've heard!!), photocopiers are left switched on, reams of paper are thrown away without being looked at, toxic chemicals are used for cleaning, etc etc. The heating is set very high and left on - even on days when the building is shut - so that sometimes the doors have to be left open, to make the temperature bearable for employees.

It's difficult to think of a comment on all this. But unfortunately it's done in our name, with our money.